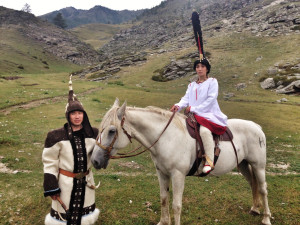 The Guardian: ‘The Ascent of Woman’ – The New Review

Intense biographer Amanda Foreman introduces a first-rate heavyweight series about the history of women from the dawn of civilisation to the modern day. “You can judge a civilisation by the way it treats its women,” she says, “and the degree to which its women have authority, agency and autonomy.” Excellent.

END_OF_DOCUMENT_TOKEN_TO_BE_REPLACED

BBC Radio 4 | Saturday Review: Review of ‘The Ascent of Woman’

The Sunday Times: ‘The Ascent of Woman’ – Saturday Review

There has never been a better time to be born a woman, says Dr Amanda Foreman. There are more female heads of government and more women running organisations today than at any time in history. It’s far from perfect, but it’s better than it was. In this fascinating series, she traces the ascent of women from ancient Mesopotamia to the present day, and asks why history became almost exclusively male, why almost every civilisation set limits on women’s sexuality, speech and freedom of movement, and why the status of women is so vulnerable to the dictates of politics, economics and religion. If you judge a civilisation by the way women were treated, she says, the ancient Greeks were as bad as the Taliban.

ERA: ‘#TVforHE & #TVforTeachers – Pick of the Week – The Ascent of Woman’

As part of ERA’s commitment to helping licence holders make best use of the material available to them, we have decided to start highlighting our ‘top pick’ each week.

The Ascent of Woman (starting Wednesday 2nd September, 9pm, BBC2) is a new series exploring the stories of women that have made, and changed, human history. Presented by Dr Amanda Foreman, the first episode considers civilisation from the view point of women. From the BBC:

Across Europe and the Near East, she uncovers a group of extraordinary women who created their own routes to power in male-dominated worlds. These include Enheduanna, the world’s first recorded author, the Ukok Ice Maiden, one of the great archaeological discoveries of the 20th century, and Hatshepsut, one of ancient Egypt’s most successful but most maligned ruling queens. Crucially, she also explores the darker legacy of gender inequality in ancient Greece, whose influential ideas on the inferiority of women have cast a long shadow over women’s lives across the globe to this day. Amanda’s approach aims to profoundly alter the accepted view of civilization once and for all.

Clips of the series could prove to be a useful History (or Herstory!) resource for secondary schools, but also could provoke discussion in a Further or Higher education seminar as to how and why we frame the past from a male perspective.

BBC History Magazine: ‘Pick of the Week… The Ascent of Woman’

Dr Amanda Foreman travels across the world to examine the stories of the remarkable women who have influenced thousands of years of history. In the first episode, Foreman explores the lives of women who acquired great power while living in male-dominated societies. These include Enheduanna, who is believed to be the world’s first author, and Hatshepsut, one of ancient Egypt’s most famous queens.