The blow to abortion rights is shocking, but this fight is nowhere near over

The pro-life movement in America finally got its wish this week: a little before midnight on Wednesday, in a 5-4 decision, the Supreme Court ruled against temporarily blocking a Texas state law passed in May, known as Senate Bill 8 (SB8), banning almost all abortions once a heartbeat can be detected by ultrasound — which is around six weeks after conception. The bill will still eventually return to the Supreme Court for a final decision, but by being allowed to stand unchanged it becomes the strictest anti-abortion law in the nation. There are no exceptions for child pregnancy, rape or incest.

But this isn’t the reason for the national uproar. SB8 goes further than any other anti-abortion bill yet crafted because of the way it allows the ban to be enforced. Under the new Texas law, a $10,000 bounty will be awarded to any US citizen who successfully sues a person or entity that helps a woman to obtain an abortion. “Help” includes providing money, transport, medicines or medical aid.

To speed up the process, Texas Right to Life, an anti-abortion organisation, has already set up an anonymous tip line for “whistleblowers”. That’s right, the second-largest state in the union by size and population is turning family against family, neighbour against neighbour, to create its own spy network of uterus police. Welcome to Gilead-on-the-Rio Grande. Cue outrage from all Americans who support legal abortion — and, according to recent polls, they amount to 58 per cent of the country.

There is no doubt that SB8 is a huge victory for the pro-life campaign. Texas joins 24 countries worldwide that have a total or near-total ban on abortion. Outside the big cities, large swathes of America are already abortion-free zones: only 11 per cent of counties have a hospital or clinic that provides such services.

In the short term the outlook for that most basic of human rights, a woman’s control over her body, is dire in America. The combination of a Republican-packed Supreme Court, thanks to Donald Trump’s last-minute appointment of Amy Coney Barrett following the death in September last year of Ruth Bader Ginsberg, and SB8’s sneaky bypassing of federal authority has closed down the obvious routes for legal redress. Moreover, the Senate is tied 50-50, making it impossible for Congress to pass a law mandating a woman’s unrestricted access to abortion. The Texas Talibanistas have gained the upper hand. Similar laws to SB8 will no doubt be passed in other Republican states.

The Texas appeal to vigilantism should also offend everyone who believes in democracy and the rule of law. But — and this may be hard to accept in the heat of the moment — SB8 is a gift to the pro-choice movement.

Pro-life Texans thought they were being clever by avoiding both the Supreme Court and Congress to slip through an abortion ban. But, as the saying goes, be careful what you wish for. “Lawfare” is a two-way street. Critics of SB8 point out that there is nothing to stop California passing a similar bill that enables citizens to bring civil lawsuits against people who utter “hate speech”, or to stop New York deputising bounty-hunters to sue gun-owners. Nor does the legal chaos stop there. SB8 could open the way for railways, car companies and airlines to become liable for providing travel assistance to an abortion-seeking woman, or supermarkets for selling the disinfectant Lysol and other substances that induce abortion. Forget about boycotts for a moment; the threat of a lawsuit is a powerful deterrent to corporations seeking to do business in Texas.

History is not the best predictor of the future. Nevertheless, the disastrous dalliance with prohibition, which lasted for 13 years between 1920 and 1933, offers a salient lesson in what happens when a long-held individual right is taken away from Americans. The non-metropolitan parts of the country forced their will on the urban parts. But drinking didn’t stop; it just went underground. Some states wouldn’t enforce the ban, and other states couldn’t. In Detroit, Michigan, the alcohol trade was the largest single contributor to the economy after the car industry. Prohibition fostered the American mafia, led to a rise in alcoholism, alcohol-related deaths, mass lawlessness and civil disobedience and brought about extraordinary levels of corruption.

There is every reason to believe that abortions will continue in America no matter what anti-abortion zealots manage to pull off. It just won’t be pretty. A recent study published in The Lancet Global Health revealed that the countries with the greatest restrictions not only have the highest termination rates in the world but are also among the least economically successful. This is the club that awaits pro-life America.

The strangulation of women’s rights has been so slow that supporters of Roe v Wade, the 1973 ruling that made abortion legal, were lulled into a false sense of security. They assumed the minority of Americans fighting for a repeal would never overwhelm the will of the majority. SB8 has changed all that. Its underpinnings threaten so many constitutional rights that abortion is going to be front and centre in every state and federal election.

Democracy does work, even if, as with prohibition, it takes to time to roll back injustices. Last year the Virginia state legislature voted to remove more than a decade’s worth of abortion restrictions. This is the body that in 2012 stood accused of “state-sanctioned rape” for passing a bill that required any woman seeking an abortion to submit to an ultrasound first, not by the usual external method but with a transvaginal wand.

Despite what anti-abortion fanatics believe, the US is a pro-choice country. The fight for women’s rights will go on, and on, until the people win. 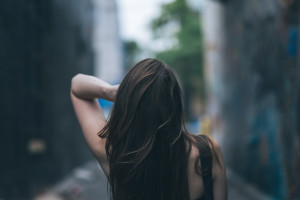