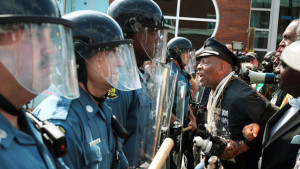 Some experts say the two issues are linked, calling the phenomenon the “Ferguson effect”, after the uproar in Ferguson, Missouri, following the fatal police shooting last year of an African-American man named Michael Brown. END_OF_DOCUMENT_TOKEN_TO_BE_REPLACED