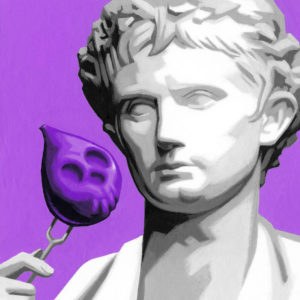 The Sunday Times: Chest-beating Putin aims his vilest weapon at the West — misogyny

I am not a professional Dr Angry. I don’t go round collecting grievances. Nor do I have a brain that categorises everything in terms of “isms”.

So when I say Vladimir Putin’s Russia is one of the most loathsomely misogynistic countries in the world, I am speaking from the heart. I don’t just mean misogyny in a crass, vodka-swilling, male loser way; I mean in a big threat to world peace way.

I have visited a fair number of countries this year in the course of filming a documentary series on the history of women. Some could hardly be described as bastions of tolerance and equality. But only in Russia did I witness sexism bolstered by state-sanctioned menace and contempt. It’s a truly repellent culture that can’t see anything wrong in a poster for vodka showing an alluring woman with bruised knees.

But simply being brutish and boorish is not in itself a national catastrophe. The poison in the well comes from the skilful way in which Putin has encouraged a cultural war— one that equates patriotism and nationalism with hard-fisted chauvinism — in order to bolster his political war with Europe.