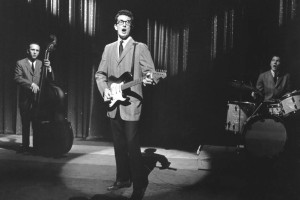 Earlier this month, one of the greatest mysteries in rock ’n’ roll was finally solved. The unnamed “king” and “jester on the sidelines” in Don McLean’s iconic 1971 song “American Pie” were revealed to be Elvis Presley and Bob Dylan, respectively.

The lyrics of “American Pie” are about “the day the music died”: Feb. 3, 1959, when Buddy Holly, Ritchie Valens and J.P. Richardson (aka “The Big Bopper”) went down in a plane crash in Iowa. Critics have long wanted to know whether the song referred only to the obvious tragedy for music or was also a general cry for a lost era of American innocence.

Mr. McLean himself says that trying to pin down the exact meaning of “American Pie” runs contrary to the song’s spirit. Understanding the lyrics “was not a parlor game,” Mr. McLean wrote in the auction catalog accompanying the recent sale of his original working manuscript at Christies. Nevertheless, he declared that the song was indeed a lament—“an indescribable photograph of America that I tried to capture in words and music.”

The history of “American Pie” highlights a fundamental conundrum in rock music: The intended meaning of lyrics has often turned out to be at odds with the ways they are received.