Whiskey Is the Original ‘Cup of Kindness’ 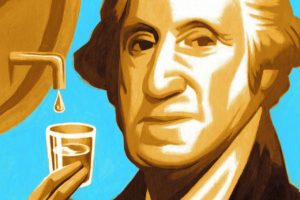