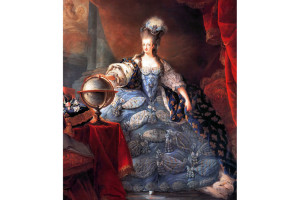 In his “Confessions,” the philosopher Jean-Jacques Rousseau recalled that “a great princess” used the phrase. Since Marie-Antoinette did not arrive in France until 1770, the year Rousseau finished the work, that seems to rule her out. More than half a century later, the memoirs of the Comte de Provence (the future Louis XVIII) attributed the words to a different royal with a similar name: Maria Theresa of Spain, the wife of Louis XIV.

According to Ms. Fraser, other unlucky women who have been lumbered with the phrase include Madame de Pompadour, mistress of Louis XV, and Madame Sophie, an aunt of Louis XVI. It was sheer bad luck that Marie-Antoinette ended up being the one everybody remembers.

By contrast, an extra dollop of good luck resulted in Christopher Columbus walking away with the prize of “discovering” the Americas. He stumbled upon the New World on October 12, 1492, but he was not the first European to land on or attempt to colonize it.

North America might well have been known as Vinland, the name given to the continent by the Viking explorer Leif Erikson. Around 1000, Erikson seems to have established a foothold in North America, likely on the northernmost tip of Newfoundland at L’Anse aux Meadows. His bleak settlement there may well have consisted of roughly 90 people. They stuck it out for a few years, made enemies of the locals and sailed back to Greenland.

The story, as told in the ancient Norse “Greenlanders’ Saga,” was largely dismissed as mead-addled mythmaking until the 1960s, when archaeologists located both the settlement’s ruins and several Viking artifacts, including a bronze cloak pin. Congress duly passed a law in 1964, adopting October 9 as Leif Erikson Day. But Columbus Day, first celebrated in 1792 and made a federal holiday in 1937, won the posterity stakes.

Marie-Antoinette and Columbus join a list of distinguished historical personages whose deeds and sayings have become the stuff of legend. Others include Julius Caesar, who probably wasn’t the first baby born via a caesarean section; he seems to have had a normal birth but did pass a law making C-sections legal.

Lady Godiva is another. She did not ride naked through Coventry—for the basic reason that she never existed. True, a Lady Godifu lived in the 11th century, but the horse story is a 13th-century fabrication by Benedictine monks, says Harvard literature professorDaniel Donoghue.

Nor did Thomas Edison invent the light bulb; he took Sir Humphry Davy’s 1802 invention of incandescent light and made it commercially viable.

Finally, Kurt Vonnegut didn’t famously urge MIT’s 1997 graduating class to “wear sunscreen” since he never gave the commencement speech there. That supposed speech—one of the most widely quoted and forwarded in Internet history—was actually a column in the Chicago Tribune.

Next ArticleWSJ Historically Speaking: Burying the Body in One Place and the Heart in Another