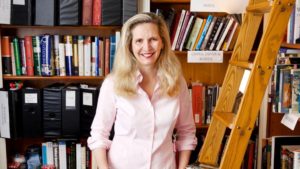 Top public schools including Eton and Marlborough have been accused of “shutting children out of their literary heritage” by failing to teach classic novels.

The academic and writer Amanda Foreman is campaigning to return classic novels by authors such as Jane Austen, Charles Dickens and George Eliot to the curriculum of some of Britain’s most famous schools.

She was spurred into action after being “horrified” to discover that her 16-year-old daughter “had not read a single 18th or 19th-century novel” at her private school in England.

Foreman, who lives in America, has five children — all educated privately in Britain. She said she was alarmed and angered to discover that it had become common for a child to go through school without having read a single classic novel.

“Kids are leaving school shut out from their literary heritage. It is so cruel,” she said.

Foreman spoke to friends who had children at private schools and found they were also being taught modern novels that are easier to read, up to and including at GCSE level, such as Michael Frayn’s Spies, Holes by Louis Sachar and Steinbeck’s Of Mice and Men.

By comparison, state-educated children study at least one 19th-century novel and a Shakespeare play following the curriculum overhaul by Michael Gove when he was education secretary.

The iGCSE, however, which is popular in private schools, also includes the option to study only more modern books.

Foreman, whose bestselling biography Georgiana, Duchess of Devonshire, was made into a film starring Keira Knightley, said children had to be given “remedial” reading lists by universities in both the UK and America.

By contrast, children at schools such as Friends Seminary, a private school in New York, were getting lots of “Chaucer, Beowulf, Shakespeare, Jane Austen and a whole term of poetry”.

She added: “In America they are expected to have read more classic books such as Mark Twain and to have studied them in class, including 19th-century texts.

“When I speak to professors here in New York they talk about how surprised they are how the English students they always regarded as top drawer are having to go into remedial classes to read.”

Frederic Smoler, a professor of literature and history at Sarah Lawrence College, New York, said he had encountered British students who had “extraordinary” gaps in their knowledge.

“My friends who went to English public schools in the 1970s and 1980s had a wonderful education. I am not sure that is true now,” he said.

Foreman said she feared that leading private schools were choosing easier novels from exam syllabuses to improve results. Teachers had also told her that they were trying to encourage a generation reared on smartphones and iPads who find works by writers such as Austen and Dickens too “difficult”.

“They say the children are digital natives, not natives of the English language,” she said.

Parents expected public schools to deliver a classical education, Foreman said — the kind she herself enjoyed — in return for fees of £30,000 a year. Teachers had to persevere with difficult books, she said, otherwise children would know the classics only by watching films.

John Sutherland, emeritus Lord Northcliffe professor of English literature at University College London, said: “I find it ironic as a card-carrying Victorianist that Gutenberg.org has given us a sesame’s cave of thousands of 19th-century works, handsomely eprinted, free of charge.

“And now, apparently, certain high- performing schools decide they are surplus to educational requirements. Shame on them.”

Some head teachers said part of the problem was that private schools had opted for iGCSE exams, rather than the more difficult GCSE in English literature brought in by Gove, which was first set this summer.

Eton said pupils take the iGCSE and some boys do study a classic, but others study books such as Spies, rather than Austen’s Mansfield Park. A spokesman said: “Eton believes in offering a balanced range of modern and classical texts for its pupils to study.”

Marlborough said pupils must be given “a broad literary understanding from across the genres, as well as from different periods and cultures”.

It added that English literature was compulsory and said that the school offered a “ guided reading club”.

Next ArticleWSJ Historically Speaking: A Brief History of Protest in Sports