The Sunday Times: America lies paralysed by the election monster that never sleeps 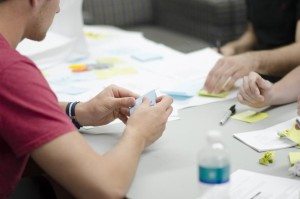 During a 14-hour flight from China last week, I confess to having watched Emily Blunt and Tom Cruise’s sci-fi adventure flick Edge of Tomorrow. It was research, you understand. For those of us living through yet another mid-term election this week, the film’s tagline “Live. Die. Repeat” has particular meaning.

Cruise’s character is caught in an endless time-loop, as are American voters.

As soon as one two-year cycle is finished, the campaigning begins for the next. Between the four-year presidential terms, the six-year Senate terms, and the two-year terms in the House of Representatives, there is never a moment’s respite. Voters have had enough. Even though this year is theoretically full of drama and excitement — with the Republicans set to win back control of Congress — only two-thirds of registered voters say they are certain to go to the polls. That’s down from three-quarters in 2006.

Just like Ms Blunt, I want to hunt down the monster that’s forcing us to live every day as though it’s a general election. And when I do, I’m going to make it watch endless loops of every election ad since 1975. Then, I’ll order it to try driving through Manhattan when the president is in town for one of his frequent fundraisers (more than 400 nationally since 2009).

Finally, I’ll make it apply for health insurance, a job, a green card, a credit card, a loan and all the other dysfunctional and overly complicated processes of American life that congressional inaction (because every year is an election year) has made worse. If that doesn’t cause a multi-neurotronic explosion, then frankly we’re trapped. Which we are anyway.

I’m not claiming that the old days were better. In the 19th century the system was a lot worse. Until 1842, many states used a system called general-ticket voting, where people voted for the party rather than the candidate. The winning side then filled all the congressional seats in that state. It meant that a party with only 50.1% of the popular vote could control 100% of the seats. Compared with that, I suppose you could say things have improved.

In fact the phenomenon of the perpetual campaign started only in the 1970s. It was then that the two parties lost control of the nomination process, and winning the primaries and caucuses became the only route to winning the presidential nomination. The first person to notice the change was an aide in Jimmy Carter’s election campaign team, who observed in a much-quoted memo, “Governing with public approval requires a continuing political campaign.”

One big part of the problem, contrary to what party hacks would have us believe, is that the permanent campaign is the product of several causes, not just one single factor such as super-Pac money or union power. The Founding Fathers had very firm ideas about the kind of country they wanted to create. To ensure that politicians would remain answerable to the electorate, they mandated short election cycles and no term limits. This was what radicals in England such as Major John Cartwright and John Horne Tooke were also advocating at the time, and no doubt it seemed a sensible alternative to political domination by elite party faction.

By itself, I suppose, the two-year cycle is more onerous than poisonous, but in combination with other factors it’s positively lethal. Forcing politicians to begin their re-election campaign the day after winning office doesn’t increase their responsiveness to the electorate, it merely produces paralysis. As I write, Congress has funded the government only until mid-December. No one was willing to debate the budget just before the elections. As it is, the 113th Congress has the dubious honour of passing the least number of bills in 60 years.

Another cause is the exquisite science of gerrymandering. No country is immune from the practice, but the US enjoys pre-eminence in the field. The Founding Fathers were not above a little gerrymandering themselves, but it was Elbridge Gerry, the governor of Massachusetts in 1812, who inspired the term after he redrew the state’s legislative districts in a blatantly partisan way. The resulting electoral map had all kinds of strange shapes, including one district that looked like a salamander, hence the term “gerrymander”.

The obvious effect of gerrymandering is stasis. In 2004, for example, not one of California’s 53 districts changed hands. But the other effect is to make the party primaries the only elections that count. This forces candidates to appeal to the most ideologically committed voters. For Republicans, that’s why the party is often saddled with various loony-toon extremists who live, eat and pray with other like-minded loonies, and who don’t care what the majority of the country thinks.

On a practical level, having the primary system dictate national party politics means that vast swathes of reform can’t be carried out because many politicians are frightened of angering a handful of fanatics in their district. This is why the Republicans can’t come up with a sensible plan for immigration, and the Democrats can’t talk about fracking. It’s also why the number of House and Senate bills reconciled in committee has gone from 66 in 1995 to none in 2014.

Finally, there’s the rising cost of the permanent campaign, which necessarily leads to politicians having to devote more of their time to fundraising. It also makes them beholden to outside donors who often have their own agendas. The paradox is that parties are spending more and more for marginal advantages. In 2012, Democrats were massively outspent by Republicans in 24 of the most competitive races for the House, and they still managed to win them. Yet the dreary attack ads, the intrusive phone calls and the cash-for-photo-ops disguised as dinner invitations just keep on coming — even though they turn off voters in droves.

If there really were a monster responsible for this madness it would have been killed a thousand times by now. But alas, systems are like ghosts, neither living nor dead.