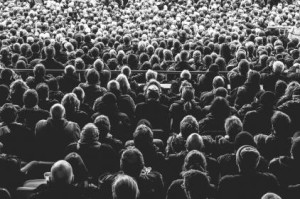 Their names have little resonance today because they said little and achieved less. John Tyler was disowned by his party while still in office; Andrew Johnson was impeached by Congress; Millard Fillmore, Franklin Pierce and James Buchanan were so eager to compromise with the South over slavery that, collectively, they led the North down a one-way street to civil war. There are more, but you get the idea.

However, 19th-century unleadership was of a wholly different cast compared with the modern kind. It may have been pervasive but it was not deliberate. The sad sacks simply weren’t very good at the job. Unleadership today is typified by the presidency of Barack Obama: it’s partly a lifestyle choice and partly a cultural phenomenon. Being an unleader is what helped Obama to get elected. Let’s not forget that in 2009, when he first took office, polls gave him the highest leadership ratings in three decades.

Now after nearly six years of unleading or, in Obama’s words, “leading from behind” it has finally become clear that unleadership has its limitations. What happens at the top eventually makes its way down to the bottom.

On the US domestic front, unleadership has been a disastrous role model for business and organisations. It’s not just the fact that headship without leadership usually results in institutional drift. It’s that when leaders unlead, their power devolves to competing and often incompatible interests.

Over the past 18 months the country has been rocked by scandals involving multiple failures of responsibility and accountability. We’ve had the General Motors scandal, where a known engine ignition flaw led to the deaths of 13 people; and the National Football League scandal, where NFL commissioners looked the other way while football players committed major crimes including a shocking case of domestic violence that was caught on videotape.

There’s been the Veterans Health Administration scandal where collusions and cover-ups resulted in sick former soldiers being consigned to limbo lists; the disastrous roll-out of the health reform known as Obamacare; the many Internal Revenue Service scandals encompassing rogue investigations, malicious targeting and the destruction of emails. Finally, what was the tragedy of Ferguson, Missouri — where violent protests followed the shooting of an unarmed black man by a white policeman — if not an utter failure of leadership by local authorities.

It’s in the international arena, though, where US unleadership has had the greatest impact. The perception that the country is no longer interested or willing to enforce Pax Americana has encouraged the rats to come out of their holes. Vladimir Putin’s annexation of Crimea and the bloody rampage of Isis through Iraq happened largely because there was nobody around to stop them.

Many of the world’s trouble spots, including Syria, Egypt and Libya, are in their current states as a direct result of US disengagement. As the historian Robert Kagan recently declared in a much-discussed essay, Superpowers Don’t Get to Retire, peace requires power. Without America on hand to stabilise the weak and deter the mighty, a new world order is emerging that is brutal, chaotic and potentially life-threatening to millions.

What Americans think about these growing crises is not straightforward. Record numbers are telling pollsters that “the US should mind its own business” yet at the same time there is a widely shared belief that it would be a bad thing if another country had a more powerful army than America’s.

In other words, Americans like being in the No 1 spot, but they have also become cynical and disillusioned with their political institutions. Fewer and fewer believe the United States has any moral mandate to act beyond its borders.

Last week the president — to the surprise of many, not least myself — gave an address to the nation that contained a full and unambiguous declaration in favour of peace, power and US vigilance: “American leadership is the one constant in an uncertain world . . . The people of the world still look to us to lead. And we welcome that responsibility.”

The speech was not quite three minutes long; even so, the words lead and leadership were repeated seven times.

It was one of the most forceful speeches of Obama’s presidency. He made the case for leadership in general and US leadership in particular. Admittedly, he went on to give an interview to CBS in which he blamed everyone except himself for the administration’s initial failure to act more decisively against Isis. But even there he did not shy from some basic truths: “America leads. We are the indispensable nation . . . And when trouble comes up anywhere in the world, they don’t call Beijing. They don’t call Moscow. They call us. That’s the deal.”

Unleadership has become ingrained in the nation’s psyche, in no small part through Obama’s efforts. It is going to take more than a couple of speeches to convince Americans that leading from the front is not some patriarchal hangover but an essential element of democracy. Nevertheless, the president has made a start.