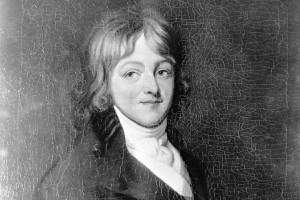 The burning of the White House on Aug. 24, 1814, by British troops under the command of Maj. Gen. Robert Ross isn’t an obvious candidate for national celebration. But the event, distressing as it was at the time, did have one silver lining. The amateur poet Francis Scott Key was so relieved that Baltimore’s Fort McHenry escaped a similar fate a few days later that he wrote a poem about it, entitled “The Defense of Fort McHenry.” In 1931, 117 years after the streaming red glare had revealed that the U.S. flag was still there, Key’s poem—renamed “The Star-Spangled Banner”—was officially designated the U.S. national anthem.

Admittedly, the anthem is a challenge to sing. Moreover, practically everyone outside the U.S. mistakenly assumes that the song refers to a battle during the War of Independence, not during the War of 1812. The long version also has an embarrassing tirade against the British (“Their blood has wash’d out their foul footstep’s pollution”), but apart from these hiccups, “The Star-Spangled Banner” stands head and shoulders above most of the other 200 or so national anthems in existence today. For one thing, it is jolly and optimistic—sentiments often in short supply among the rest.

The Ukrainian national anthem, for example, begins with the less than resounding cheer that “Ukraine is not yet dead, nor its glory and freedom.” Uruguay’s begins, “Uruguayans, the country or the tomb!” The Congolese take the notion a step further, asking, “And if we have to die / Does it really matter?” But for the sheer misery of it all, few can compete with the mournful lyrics of the Hungarian national anthem, written by Ferenc Kölcsey in 1823. The anthem laments Hungary’s many shortcomings and then begs divine forgiveness: “This nation has suffered for all sins / Of the past and of the future!”

The sense of crisis that inspired many national anthems often contains much of the essence of patriotism: It is easy to love one’s country during good times, but much harder to do so when ideals are all that are left to love. This is the essence of the message that Pericles (c. 495-429 B.C.), the most influential statesman of the Golden Age of Athens, delivered in 431 B.C. during his famous Funeral Oration for comrades fallen during the Peloponnesian War.

After 30 years of peace, Pericles and the city-state he ruled were facing a dire existential moment: Athens was devastated by plague, ravaged by a second Spartan invasion and humiliated before the eyes of the world. Pericles knew that many Athenians were losing heart and ready to turn against him. So he used the traditional autumn funeral oration for the warrior dead to defend his reputation and remind people of what they were fighting for: “It is true that we are called a democracy, for the administration is in the hands of the many and not of the few.”

The historian Garry Wills has argued that the similarities between Pericles’s moving speech and Lincoln’s Gettysburg Address are too striking to be a coincidence. Pericles reminded Athenians that the best way to honor the dead was to maintain the glory of the empire and the continuation of democracy. Lincoln urged his listeners to ensure that “these dead shall not have died in vain” by dedicating themselves to the preservation “of government of the people, by the people, for the people.”

Both speeches, in their own way, were declarations of patriotic faith. They help explain America’s love for “The Star-Spangled Banner.” It’s not about the flag; it is the fact that it flies “o’er the land of the free and the home of the brave.”