The Sunday Times: Feckless, spoilt, lazy . . . now where did our millennials learn that? 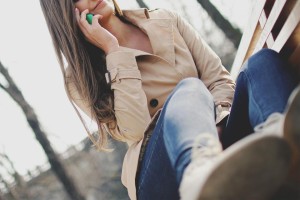 Mirror, mirror on the wall, who is the most narcissistic, entitled and lazy of them all? In America there’s no contest: it’s the Millennial Generation — those 18 to 35-year-olds who text instead of talk, who have a shorter concentration span than my dog Max, who believe that rules are just guidelines and who know beyond all doubt that they are unique and special human beings.

Millennials certainly get blamed for a great deal: for taking up space in their parents’ basement, for turning up late (again) and for thinking that a hoodie is appropriate work attire. A YouTube spoof, “Millennials in the workplace training video”, advises managers that millennials require heaps of meaningless praise to put in the bare minimum effort.

They also need plenty of “me time”, which can’t be counted towards the regulation two-week annual holiday. The trainer ends with the line: “It’s your civic duty to employ them. Trust us, we want to fire them all, too. But we can’t.”

Even my genial builder in upstate New York complains about millennials. Our part of the country has an unemployment rate that is above the national average, yet he cannot find anyone under 35 who is willing to work for him. Something about the early starts, he says.

There are good reasons why Americans are fixated on millennials. For one thing, there are so many of them — roughly 86m or 27% of the US population. They tower over the supposedly unprecedented baby-boom generation, which is 76m strong. Millennials already account for 21% of total consumer spending in America, a figure that will increase exponentially as they get older and have children.

The latest report from the Pew Research Centre also reveals they have yet to stop riding in the passenger seat. As of this year the number of households with millennials still leeching off their parents has surpassed those that have Granny or Grandpa living with them.

Worse, according to a much cited 2008 National Institutes of Health survey, millennials are not just narcissistic in a vaguely annoying way; with them it’s a disease. As a generation they suffer from clinical narcissistic personality disorder at three times the rate of incidence among baby-boomers.

Finally, they are not just narcissists who spend their time watching or wanting to appear on reality TV; they are deluded narcissists, confusing the “clickiverse” of hashtags and crowdfunding with the real world of volunteering. Last year’s report from the Bureau of Labour Statistics showed that generation Xers (that’s people like me) had the highest rate of volunteering at 30%, while millennials had the lowest at 18.5%.

Before we make each and every millennial do the walk of shame, however, there are a few questions that need to be answered. For example, let’s take this complaint by a US college professor about his students: “Indulged, petted and uncontrolled at home . . . [they arrive at college] with an undisciplined mind and an uncultivated heart, yet with exalted ideas of personal dignity and a scowling contempt for lawful authority and wholesome restraint.”

It was written in 1855 but the labels — indulged, exalted, undisciplined — sound awfully similar to those being used today. Either history is repeating itself — which, as a historian, I find highly unlikely — or this American obsession with generational characteristics reveals more about the people who are doing the studying than those who are being studied.

People have been trying to understand how and why society changes since ancient times, of course. But Americans took this natural curiosity to a new level. The birth of the United States after the War of Independence produced a particular strain of self-consciousness.

During the 19th century Americans were constantly making comparisons between their country and Europe. Nor was it all self-congratulatory. It was Mark Twain in 1873, appalled by his compatriots’ worship of money and success, who coined the term the “gilded age” to describe the post-Civil War era.

The idea of picking out certain age cohorts for naming and dissecting is relatively new, however. The first attempt to label a particular generation came after the First World War. The term “lost generation” was, it is said, coined by the American writer Gertrude Stein to describe the men who had survived the war in body but not in mind.

After the Second World War another writer, Jack Kerouac, invented the term “Beat Generation” to characterise the counter-cultural movement that was sprouting in New York.

Both terms were narrow definitions of a small section of society. But out of the Beat Generation and its cultural offspring came the idea of the “generation gap”, a phrase popularised by the sociologist Margaret Mead in 1969 to denote the difference in outlook between the young and the old.

From there it was a mere hop and a skip for sociologists to begin labelling entire generations.

The two people we have to thank for giving us this generation-game thing are the demographers Neil Howe and the late William Strauss. Starting in 1991 with their magnum opus Generations, they promulgated a theory of history that relies on the idea that human behaviour runs in 80-year cycles.

Over the years they developed the theory to include four stages within each cycle to describe and categorise every American generation since the 16th century.

It doesn’t matter that their theory is bananas and their predictions about societal behaviour are about as useful as a horoscope; their impact on popular culture has been enormous. They wrote the now standard description of Generation X in their book 13th Gen and coined the generational term millennial in their book Millennials Rising. In other words, they are responsible for creating the mirror that tells Americans again and again: it’s all about you.

Actually, they are wrong. If millennials really are as spoilt and feckless as reports claim, then it’s all about the parents. They did a horrible job and now the little darlings won’t grow up. Let that be a lesson to the rest of us.

Next ArticleThe Sunday Times: Marshmallows and a toasting fork: the insignia of high office