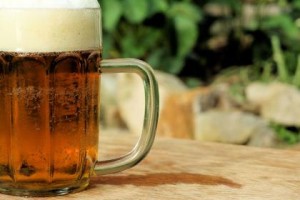 In 1992 American TV audiences were amazed when the presidential hopeful Bill Clinton admitted on air that he had smoked cannabis while at Oxford. He managed to save his campaign by adding: “But I didn’t like it. I didn’t inhale and didn’t try it again.”

Back when Clinton was covering up his pothead years, there was no one in America — at least no one sober — who would have predicted that marijuana was going to become legal in a generation. The 1990s weren’t only about millions of schoolchildren being encouraged to “just say no” to drugs; they were also the decade when law enforcement agencies switched from chasing crack-cocaine dealers to focusing on cannabis possession.

Between 1992 and 2002, marijuana went from being a mere 28% of all drug arrests to 45%. As Senator Morris Sheppard of Texas said about prohibition in 1930 (three years before its repeal): there appeared to be as much chance of legalising cannabis as “there is for a hummingbird to fly to the planet Mars — with the Washington Monument tied to its tail”.

Yet last Tuesday, while there was no obvious evidence of Martian activity outside Cannabis City in Seattle, there were scores of journalists on hand to record the moment the shop opened its doors. At noon Washington became the second US state to legalise cannabis for recreational use. The euphoria among the waiting customers was palpable, even with the shop’s exorbitant prices, due to an effective tax rate of 44%.

People emerged from the shop triumphantly waving their brown paper bags, recalling the frenzy that once accompanied the release of the latest iPhone.

So far, the biggest excitement during the opening of pot shops in Washington has been the story of a security guard who lost his job after he queued all night to be the first legal buyer in Spokane. His employer saw him on television and promptly ordered a drug test.

Estimates suggest that 25.8m Americans get high at least once a year. About 95m have tried pot at some point in their lives. The tally is helped by the fact that 23 states have legalised marijuana for medical use, a definition that varies from state to state.

In short, cannabis is already big money in the US. Experts predict that by 2018 the industry could be generating as much as $8bn (£4.7bn) a year. It should come as no surprise that Wall Street has got in on the act. In a year the Nasdaq stock price of GW Pharmaceuticals, a British company that produces medicinal cannabis, has risen by 500%.

The biggest social change in the past six months, at least in my own experience, has been the introduction of a new kind of dinner-party conversation. The number of middle-aged parents who will describe in detail how they combined their family skiing holiday in Aspen with an off-piste encounter with hash brownies is quite amazing. Even when told with verve, the stories are inane and repetitive. But if being bored to death during coffee and dessert is the worst outcome from unfettered pot, it is probably a price worth paying.

As the wonderfully named governor of Colorado, John Hickenlooper, said in June, legalising cannabis is “going to be one of the greatest social experiments of the 21st century”.

Hickenlooper’s optimism is inspiring and much needed. He is fighting a phalanx of critics who argue that social experiments involving drugs and alcohol are dangerous and rarely succeed — as happened with prohibition in the 1920s.

However, there are specific reasons why prohibition was a failure, which are unrelated to the legalisation of cannabis. The first is that many abstinence supporters were fighting the wrong battle. The seeds of prohibition were sown more than a century earlier, when America experienced its equivalent of the Georgian gin craze. Throughout the first part of the 19th century America was a nation of dipsomaniacs and drug addicts.

A Royal Navy captain, who was no stranger to drink himself, observed that Americans “begin to drink early in the morning, they leave off late at night; they commence it early in life, and they continue it, until they soon drop into the grave”.

By the 1830s the average adult was drinking the equivalent of 1.7 bottles of gin a week. When not imbibing, Americans were doping themselves with opium and hashish. Louisa May Alcott, the author of Little Women, wrote in a short story that after taking hashish: “A heavenly dreaminess comes over one, in which they [people who indulge] move as if on air. Everything is calm and lovely to them; no pain, no care . . . and while it lasts one feels like an angel half asleep.”

Not surprisingly, the misery caused by intoxicated husbands made temperance the foremost women’s issue in the country. Like Athena leaping from Zeus’s head, the suffrage movement emerged fully formed out of the abstinence campaign. As a consequence, when prohibition proved to be an irrelevant tool for ameliorating the condition of women, many of its supporters melted away.

The second reason prohibition failed was that, in contrast to the long debates and careful studies that have preceded the new cannabis laws, the 1920 ban on alcohol was enacted in the midst of national hysteria.

The lack of practical preparation in the framing of the bill led to a surge in political corruption, the birth of organised crime and a general diminution of respect for the constitution.

Prohibition was a destructive mess; more people died each year from alcohol poisoning during its 13 years than in the decade before. In fact the only good that came out of the era was that the musty old saloon culture of men-only drinking gave way to the mixed setting of the speakeasy with all its music and glamour.

Whether a similar tangible “good” will come out of decriminalising cannabis remains debatable. The music of pothead bands such as the Grateful Dead is very much an acquired taste. But the law should not exist to infantilise people.

Hickenlooper’s great social experiment is to ask whether people can be trusted to behave like grown-ups; and so far the answer is yes.

Next ArticleThe Sunday Times: The ‘mad as hell’ brigade stir to wobble the Washington bubble