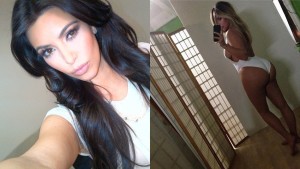 Since the $6m wedding had largely been paid for by the E! television channel and the couple had reportedly received more than $17m in fees: Kim and Kris earned $236,111 a day for 72 days’ “work”.

The contrast at that moment between the two made-in-the-USA phenomena could not have been more stark. One looked deflated, shop-soiled and yesterday’s news. The other looked powerful, relevant, exciting and absolutely destined to change the way America does business, or Wall Street does business, or the banks do their business, or men in suits do business — or whatever; something like that, anyway.

Skip forward three years, however, and it’s the OWS-ers who have become the subjects of “where are they now?” articles. Kim #belfie [bum selfie] Kardashian (604,000 likes on Instagram and counting) has gone from the cover of weekly supermarket magazines to Vogue cover and from perpetual party-pooper husband, Kris Humphries, to global rap star husband, Kanye West.

Kim’s latest wedding, which took place in May, involved another round of castles, private planes and boob-defying dresses. The chief difference between this one and the last was that the happy couple didn’t bother to sell their wedding photographs, much to the reported anger of Kim’s mother, Kris Jenner. More about her later — and yes, it is uncanny to have your mother and your ex-husband share a first name.

To recap: in 2011 America had a choice between getting behind the vanguard of the 99% or getting 100% of Kim’s behind. The rear end won. As Khloé Kardashian once explained to their sister Kourtney: “Kim’s ass is money, honey.” You could say it was a matter of aesthetics: the earnest unwashed of Manhattan’s Zuccotti Park versus the bling ring of Bel Air.

Yet the Kardashians are not a dream family. Kim Kardashian is an American success story only if you consider the epitome of female empowerment to be some sort of cross between Miss Piggy and the Whore of Babylon. Or if you regard Beverly Hills — Kim’s childhood home —as a notorious ghetto where children are exposed to sex, drugs and other illegal activities on a daily basis. Well, OK, but usually there’s a housekeeper about.

In any case, having a 90210 postcode and becoming famous because of a “leaked” sex tape is not exactly an inspirational, let alone an aspirational, life.

It is alleged that Kim’s mother was the one who secretly brokered the sex tape deal. Is it possible that the former flight attendant could be so calculating as to use her daughters’ assets to make them into pop princesses?

Perhaps the question is not “What would the Kardashians do for money?” but “What would they not do?”. After nine series of Keeping Up with the Kardashians, there’s apparently no limit as to how low the bar will go — lower than my boredom threshold, certainly. But if you like a bit of head-scratching dialogue with your product placement then this show is for you. Over the years Kim, Kourtney, Khloé et al have perfected the theory of the “Veblen effect”.

Thorstein Veblen’s The Theory of the Leisure Class, published in 1899, argued that materialism was the glue that bound American national identity. He coined the term “conspicuous consumption”, as in Kim’s airy admission: “I buy myself a gift every year, so this year I bought everything I wanted.”

The Veblen effect is the reason consumers fall for a higher-priced product purely on the basis of its perceived status. This is not just the creed by which the Kardashians themselves live, but how they have created a multimillion-dollar business empire. Every week they sell themselves on television and to the highest bidder.

In return for tuning in, viewers get to watch the Kardashians in a variety of hyper-sexualised situations and the chance to hear such fashion-forward ruminations as: “Kim, you look like such a lady today!” Kim: “Really? I was trying to be a whore.”

It’s amazing that the OWS movement never linked Kim and her family with the one percenters. They are richer than the average Wall Street stiff and take more holidays. But somehow, like the Gracchi of ancient Rome, the Kardashians have made themselves into the tribunes of the masses.

You have to ask, is this where OWS went wrong? Would its members still be a force in the country today if they had used deodorant and got hair extensions? Does America care?

Next ArticleWSJ Historically Speaking: When Summer Is a Bummer