‘If sack [wine] and sugar be a fault, God help the wicked,” says the rollicking Sir John Falstaff in Shakespeare’s “Henry IV, Part 1.” That was a more innocent time. Nowadays, books such as Gary Taubes’s “The Case Against Sugar” have linked it to many of the world’s health crises, including diabetes, obesity and high blood pressure. END_OF_DOCUMENT_TOKEN_TO_BE_REPLACED 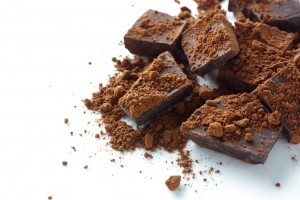 Yet our passion for chocolate almost didn’t happen. The Aztecs brought cocoa beans as gifts to Christopher Columbus in 1502 during his fourth and final voyage to the New World. He was given chocolate in drink form under the name xocolatl, which in Nahuatl, the Aztec language, means “bitter water.” Despite its popularity and ancient pedigree in South America (the earliest traces of cocoa use date from 1400 B.C.), Columbus couldn’t see the sharp and spicy drink catching on in Spain. END_OF_DOCUMENT_TOKEN_TO_BE_REPLACED