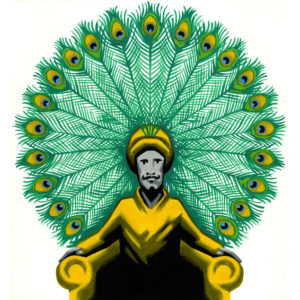 WSJ Historically Speaking: The Tragic Side of Weddings

If April is the cruelest month, then June is the happiest—at least for those hoping to say “I do.” Surveys show that in America, about 16% of all weddings occur in June, making it the most popular wedding month. In many parts of the country, flowers are at their peak and the weather is perfect. What could go wrong?

A great deal, it turns out. With so much riding on the day, weddings occupy a curious place in the human psyche, wedged somewhere between the heights of ecstasy and the depths of despair. The notorious “Red Wedding” episode a few years back in HBO’s “Game of Thrones,” in which the host Lord Frey massacres his helpless guests, may have pushed the envelope in terms of good taste, but its bloody denouement came as no surprise to lovers of tragic opera—or the classics.

The ancient Greeks regarded weddings as potentially very dangerous. Too much happiness was thought to incur the wrath of the gods. Only a prodigious number of sacrifices could stave off disaster, and even then the slightest mistake could upset all the careful preparations. A wedding day transformed into a funeral was a stock theme in Greek mythology and poetry. In one version of the Trojan War narrative, Iphigenia, the daughter of King Agamemnon, walks to the altar dressed as a bride, unaware that she is about to be killed to appease the goddess Artemis, who had held up the warriors’ voyage to Troy. END_OF_DOCUMENT_TOKEN_TO_BE_REPLACED