END_OF_DOCUMENT_TOKEN_TO_BE_REPLACED

Born in London, Dr Amanda Foreman, 47, went to several boarding schools, then to the US to study at the Sarah Lawrence College and Columbia University, before returning to the UK for her doctorate at Oxford. Her first book, Georgiana, Duchess of Devonshire, later became a film starring Keira Knightley. A mother of five, Foreman is also a TV documentary-maker. END_OF_DOCUMENT_TOKEN_TO_BE_REPLACED 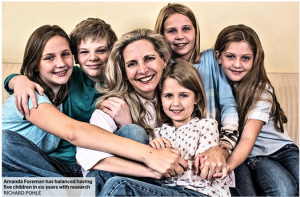