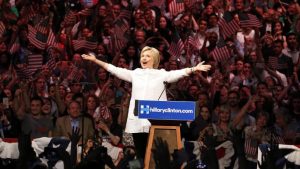 So why are millions of women not taking to the streets to celebrate her victory? The answer is as simple as it is ironic: Clinton is a victim of her own success. END_OF_DOCUMENT_TOKEN_TO_BE_REPLACED

The Sunday Times: Hillary’s emails honour the creed of hiding, twisting, leaking at the top

WHY DID Great Britain stay neutral during the American Civil War? Back when I was researching this question, one answer that seemed particularly intriguing was the claim — made at the time in America and by subsequent historians — that it was due to a severe wheat shortage.

Repeated crop failures in the early 1860s had led to a massive reliance on imports from America and Russia. Ergo, Britain intervening in the war between the states would have been an unaffordable risk.

I combed through four years of cabinet reports, memoranda, letters and diaries, looking for proof. Cotton, slavery, Canada, blockade running, the balance of power: these were frequent subjects of fretful debate, but never wheat. The paper record showed the theory to be an utter dud, thereby freeing me to find the true causes of British neutrality.

I tell this story because I don’t see any point in hiding the fact that I am entirely partisan in the debate about government transparency. I believe that everything should be maintained in its proper place. What is classified should remain so, what is public should be open, and all must be preserved for future scrutiny.

END_OF_DOCUMENT_TOKEN_TO_BE_REPLACED

BACK in 1998, Nicole Kidman was playing in the West End, stunning audiences with her naked turn in The Blue Room. It was a performance memorably described by Charles Spencer, the Daily Telegraph critic, as “pure theatrical Viagra”.

Over in the United States, we were watching our own version of The Blue Room as the sex saga of Bill Clinton and Monica Lewinsky played out almost nightly on our screens. But the only performance that really mattered that year was the night Clinton delivered his State of the Union speech to a Republican-dominated Congress.

END_OF_DOCUMENT_TOKEN_TO_BE_REPLACED 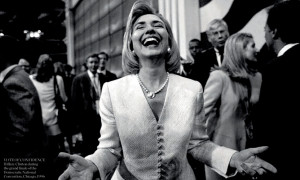