Most people know the limerick’s rigid meter and rhyme scheme—the first, second and fifth lines should rhyme with each other, as should the shorter third and fourth lines. But no one really knows where the limerick began or why it’s named for a small Irish city rather than for Peru or Tobago, home to many an Old Man and Young Lady featured in said poems. END_OF_DOCUMENT_TOKEN_TO_BE_REPLACED

The Spectator: Amanda Foreman’s diary: My inspiration as a Man Booker prize judge 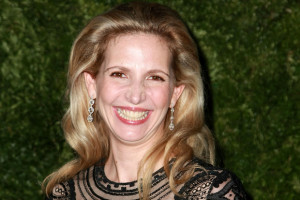 So far my responsibilities as the 2016 chair of the Man Booker prize have been rather light. We’ve had our first meeting, received our first batch of books, and I’ve bought a smart notebook for record-keeping. I shall take a step back from journalism this year, including my Sunday Times column, but that doesn’t mean I shall be less active in the fight for freedom of expression. Some things are non-negotiable.

I’ve just read Open Letter by the late Charlie Hebdo editor Charb. He finished it two days before his death in the massacre on 7 January 2015. The book is aimed at both religious extremists and their apologists. ‘No form of discrimination,’ proclaimed Charb, ‘is better or worse than any other.’ If only the 145 writers who publicly protested against the 2015 PEN America award to Charlie Hebdo could be made to read his book. Perhaps it would shame them out of their smug self-righteousness. There is something disgusting about writers who defend the assassin’s veto. It’s such a perversion of power and victimhood. PEN refused to be intimidated. But it remains to be seen whether other institutions, such as universities, will stay true to their enlightenment values when we have a new generation of politicised purity trolls banging at the gates.

I served on my first literary prize jury almost 20 years ago. Yes, a few of the horror stories about them really are true. Some people take part because they think it will make them look good. Others do it out of a vague sense of duty that doesn’t extend to reading all the books. Then there are the bullies who make each meeting feel like an interrogation session. And let’s not forget the spoilers. END_OF_DOCUMENT_TOKEN_TO_BE_REPLACED