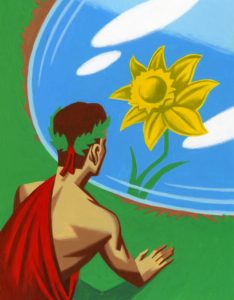 At the dawn of civilization, our ancient ancestors learned how to write, build temples, sail the seas—and play ball. It will probably come as no surprise to baseball fans that the Egyptians placed the game (or their proto-variation of it) on a par with life and sex. According to Prof. Peter Piccione at Charleston College, the term “seker-hemat,” often translated as “batting the ball,” began as a fertility ritual performed in spring festivals. It’s believed that the ball represented the head of Osiris, god of the underworld. END_OF_DOCUMENT_TOKEN_TO_BE_REPLACED