The Sunday Times: The digital robber barons are draining our cultural lifeblood 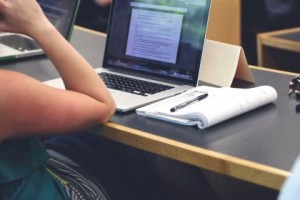 The internet is not an act of God or an untameable force against which humanity has no control or defences. The individuals who run the world’s biggest tech companies are not more praiseworthy, capable or enlightened than the leaders of traditional businesses. They certainly don’t deserve the right or power to destroy the basic tenets of civilised society simply because there are profits to be made.

Yet we act as though this is the case. It is time for us to stop sleep-walking into a future created by a handful of monopolists and loophole-scroungers.

Earlier this year I wrote about the threat that Amazon’s near monopoly and monopsony of the book trade poses to the marketplace of ideas and, indeed, the bedrock of democracy.

Monopolistic power is a major aspect of the social battles raging between society and the tech giants, but it is not only the one. Parasitism — digital businesses that have found legal ways to bleed established sectors (news, music, film and retail) dry — is another. The two often go hand in hand as evinced by such companies as Google, Facebook and Spotify.

Their destructive force is subtle. Last week the century-old The New Republic (TNR), one of the most venerable opinion journals in America, collapsed under the resignation of about 50 of its staff and contributing editors. The walkout was so sudden that the December issue had to be cancelled. Whether there will still be a TNR worth saving in January is anybody’s guess.

For a magazine whose journalistic highs and lows were well publicised and which had a circulation that hovered somewhere around the 50,000 mark, the US media outcry over TNR’s possible demise may seem a trifle excessive. But it’s because of the sense that the cultural landscape of America is being destroyed and distorted by market anomalies inherent in digital media. That, and the fact that the current owner of TNR Chris Hughes, one of the co-founders of Facebook, kept insisting that he represented the culturally benevolent side of the internet.

TNR stood for opinion- driven journalism, the kind that influenced government policy and altered society’s perception of itself. That changed last month when the magazine’s new chief executive announced that TNR was changing course: it was going to become “a vertically integrated digital media company”. In other words, another blog-filled, content-poaching, reactive, “snackable” website that survives on paid advertorials and the peddling of readers’ data.

In the interests of transparency, I admit to having once sat next to Hughes at a dinner. I did not come away thinking, this man is an evil genius who wants to destroy everything I hold dear — far from it. But the world that created his power and the one he aspires to influence are, I believe, combining to destroy everything we all hold dear: plurality, honesty, fairness, quality, profundity, autonomy, originality, inspiration, security and privacy.

It has become fashionable of late to call our era the New Gilded Age because of the vast disparity between the wealthiest 1% and the rest. But the comparison rarely goes deeper than that.

With one or two notable exceptions, the reasons for giving our age greater scrutiny are framed within the context of inequality and social instability. I’m afraid that’s lazy thinking. It distracts us from asking important questions about how robber barons wield their influence, what enables a monopoly to flourish and what are the costs of “creative destruction” on society.

More and more, it seems to me, the triumph of the railway companies in the former Gilded Age parallels how the internet giants dominate the present one. The railway remade American life; it brought efficiency, communication and rationalisation to the nation.

According to Richard White, however, the foremost historian of the American west, they also “helped create what might be called dumb growth and environmental catastrophes”. Many of the benefits attributed to them were either neutral, illusory or the result of robbing Peter to pay Paul.

It was not the unleashing of capital or the triumph of economic Darwinism that turned the American railways into an all-powerful behemoth, but government subsidies, regulatory advantages and credulous investors. The same can be said for the tech companies, from Amazon to Uber, whose ability to lobby for special dispensations, elude regulation and avoid taxation has aided their stratospheric rise.

In assessing the economic costs of the railways, it is not enough to assume that everything worked itself out in the end because labour and goods were more mobile. During the former Gilded Age the transfer of wealth went largely one way — upwards.

The majority of these titans and robber barons did not become famed philanthropists. They were men such as Charles Yerkes, who bullied and manipulated his way into owning almost the entire street railway network of Chicago. Fortunately for the passengers who were stuck with his substandard service, Yerkes gave up trying to gain total control and turned his attention to London. There he attempted to do the same thing with the Underground. Kidney disease eventually foiled his plans.

It is important to emphasise that the greatest ills caused by the railways were not deliberate. No railway company decided to eliminate the bison population, or sanction the annihilation of the Native American population, or destroy the grasslands of the great plains, or sow the seeds of the dust bowl. But these disasters took place because the body politic was too weak and complacent to reject the excuse that the march of progress cannot be stopped — no matter the harm involved.

No one can predict the nature of the fallout as the internet matures. But what happens next should be down to us rather than given up to some algorithm. My fear is the loss of The New Republic means we have just witnessed the death of the cultural canary in the coalmine.

Next ArticleWSJ Historically Speaking: The Glory Days of Frankincense and Myrrh