The Sunday Times: America has laid a road to civil rights but is just as ready to dig it up 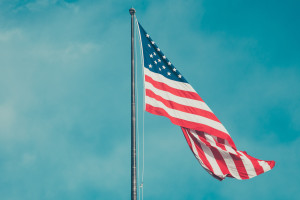 On March 9, 1961, a Siera Leonean diplomat, William Fitzjohn, was being driven along Maryland’s Route 40, when he stopped at a Howard Johnson’s restaurant to eat. The manager refused to serve him, informing the irate envoy that this restaurant, like all the roadside eateries on Route 40, was segregated.

On learning of the incident, the Kennedy administration immediately went into damage limitation mode. Fitzjohn was invited to dinner at the White House. The mayor of Hagerstown, Maryland, and Howard D Johnson, the founder of the restaurant chain, made public apologies.

Three months later, the new ambassador from Chad, Adam Malick Sow, was driving to Washington to present his credentials, when he, too, decided to stop at a restaurant along Route 40.

This time, on being informed by the ambassador’s interpreter that the full weight of US-Chadian relations hinged on a cup of coffee, the manageress of the Bonnie Brae Diner responded that Sow should “get his ass out” of the restaurant.

Such mistreatment of the African corps diplomatique did not go unnoticed by the anti-American press.

Throughout 1961, the Kennedy administration tried hard to persuade the governor of Maryland to end racial discrimination along Route 40 before a diplomatic embarrassment escalated into a Cold War incident.

It took three years and three attempts before Maryland grudgingly passed a partial desegregation law. At which point, the tide of history swept across the country, leaving behind the 1964 Civil Rights Act.

Late last month, Governor Mike Pence of Indiana blasted a hole through that legal landmark by signing the Religious Freedom Restoration Act (RFRA) into law. What made the bill particularly egregious was that it was a Trojan horse, designed to look and sound like a civil rights law while in fact working to undermine the principle of equality from within.

You could say it was ingenious. The federal RFRA has been around since 1993. It was intended to protect minority religions from burdensome government interference — such as absolving the Amish from rules that would require them to fix reflectors on their horse-drawn vehicles.

Nineteen states also have their own RFRAs. But, as critics pointed out, Indiana’s contained a clause that none of the others had. It allowed individuals and businesses to cite their religious beliefs as a defence against anti-discrimination suits.

The reason it is important is because in addition to the main battle over the legality of same-sex marriage — an issue that will be decided by the Supreme Court in June — a number of minor but vicious confrontations have been taking place over whether devout Christians can deny selling their services to same-sex couples.

In states that have civil rights legislation protecting the lesbian, gay, bisexual and transgender (LGBT) community, gay couples have been able to sue for discrimination.

There was a successful lawsuit in Oregon recently, and another in New Mexico, brought by two couples against a bakery and wedding photographer respectively, who backed out once they learnt the commission was for a gay wedding. Christian florists and wedding caterers have also come under fire.

Victories such as these have convinced the religious right that civil rights legislation is being applied selectively to persecute people with traditional beliefs regarding homosexuality. Hoping to prove a point, earlier this year a man in Colorado filed a discrimination suit against a bakery that refused to decorate his cake with the words “Homosexuality is a detestable sin”. A ruling is expected in May.

When Pence signed the bill, he sent a clear signal to the right-to-discriminate lobby by inviting a phalanx of leaders from various anti-gay marriage groups to stand behind his chair.

No doubt anticipating the furore from the left that erupted, Pence already had his argument prepared. He blew smoke in his critics’ eyes by portraying himself as a champion of civil rights.

During one interview he referred to his experience of leading “the pilgrimage to march for the 45th anniversary of Bloody Sunday”. (Not the 1972 Londonderry one, but the attempt by 600 protesters on March 7, 1965, to walk from Selma to Montgomery, Alabama, in support of black voting rights.)

In other words, Pence was saying it was Maryland’s Route 40 all over again. The question of who had to serve whom at the lunch counter was getting a necessary update.

As the days passed — and the threat of a national boycott grew — critics and supporters of the bill variously described it as a sword, a shield, a wedge, the horse, the cart. But in the end it was simply a failure. It took only a week for legislators to cave in and pass an amendment to the bill that specifically protected the LGBT community from discrimination.

The case is closed for Indiana. But the question of civil rights in America remains unresolved. It isn’t about gay marriage. Polls show that the cultural argument has been won. It’s about legal and social parity.

The religious right feels it is under attack from a hypocritical liberal elite that protects its own but punishes outsiders. Last year, for example, Mozilla, the technology company, shed its chief executive because someone discovered he once supported a state ballot to ban gay marriage; yet this year the cable channel Comedy Central had no problem hiring the South African comedian Trevor Noah to host the jewel in its crown — the Daily Show – despite his alleged history of anti-semitism.

There is some merit to that view. But it doesn’t sanction this latest assault on the First Amendment, which established the wall between church and state at America’s birth. The burden of separating freedoms from beliefs brings uncomfortable and confusing challenges for us all. Americans do support civil rights, the question is whether the country can be reconciled to the obligations that go with them.

Next ArticleWSJ Historically Speaking: American Pie’ and the History of Mysterious Rock Lyrics