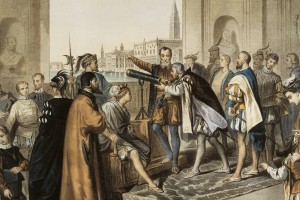 If, as L.P. Hartley once wrote, “the past is a foreign country,” then the future is a distant world.

Earlier this month the space probe Philae, hurtling across the universe on the comet known as 67P/Churyumov-Gerasimenko, began sending information back to Earth. Until Philae’s successful landing, no probe had ever got close enough to a comet to unlock its icy secrets. Yet comets are like ancient memory banks, with vital clues to the formation of the solar system embedded in their frozen dust particles.

The Philae probe is named after the 2,200-year-old Egyptian obelisk that, along with the Rosetta Stone, provided the linguistic keys to the lost languages of the ancient world. The new Philae has brought us to the edge of another great frontier of knowledge: the lost moments of the origins of life on Earth.

It is too soon to say what will come of our latest foray into space. Adapting to new frontiers has been part of human nature ever since the first migrations out of Africa. But the idea that humanity’s destiny includes the freedom to explore, whether on Earth, in space or in works of literature, is of relatively recent origin. In “The Republic,” Plato ranked the imagination (eikasia) as the least of the soul’s faculties. In Aristotle’s “Rhetoric,” he dismissed the idea of speculative writing, saying, “Nobody can ‘narrate’ what has not yet happened.”

Their philosophical legacy cast a long shadow. No one directly challenged the Aristotelian view that the Earth is the center of the universe until the advent of the Italian philosopher and astronomer Giordano Bruno (1548-1600), who was burned at the stake for this and other heresies. In 1584, Bruno had published “De l’Infinito Universo e Mondi” (On the Infinite Universe and Worlds), which, among other things, argued that the universe is boundless and could contain any number of inhabited worlds. Just three decades later, his ideas were finding both concrete and imaginative expression throughout Europe.

In 1610, Galileo Galilei (1564-1642) gave substance to Bruno’s views when he identified four moons around Jupiter. Meanwhile, the German mathematician Johannes Kepler (1571-1630), though best known for his three laws of planetary motion, was writing what is widely considered the first science-fiction novel, “Somnium” (The Dream), which imagined life on the moon.

As the 17th century bore on, the frontiers of science and literature became inextricably bound up with one another. John Milton incorporated Galileo’s discoveries into “Paradise Lost”: Satan’s shield, the poet wrote, “Hung on his shoulders like the Moon, whose Orb / Through Optic Glass the Tuscan Artist views.”

Writers and philosophers became increasingly fascinated by what lay at the limits of knowledge. Cyrano de Bergerac, Voltaire and Margaret Cavendish, Duchess of Newcastle, were among the celebrated writers who published imaginary works about life on other worlds.

In the 19th century, however, Walt Whitman feared that the frontiers of science could threaten the frontiers of the imagination, writing, “When I heard the learn’d astronomer, / …How soon unaccountable I became tired and sick.” Other poets, notably Robert Frost,embraced the possibilities that would come about because of humankind’s “lifelong curiosity / About our place among the infinities.”

In the 21st century, the promise of new frontiers still beckons poet and scientist alike: Sometimes, we have to go afar to find ourselves. As T.S. Eliot wrote in “Little Gidding”: “We shall not cease from exploration / And the end of all our exploring / Will be to arrive where we started / And know the place for the first time.”

Next ArticleThe Sunday Times: These shootings reveal an America still shackled to the ghosts of slavery