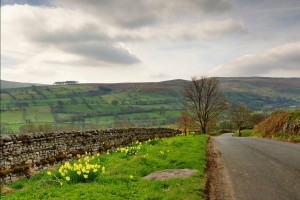 Spring is finally dispelling the cheerless gray of winter. In a few more weeks, city dwellers will begin the time-­‐honored practice of heading to the countryside in search of pristine nature, tranquility and cooler climes.

In the third century B.C., Theocritus of Syracuse became one of the earliest poets to celebrate nature for its own sake. His deceptively simple poems about shepherds and farmers inspired a new poetic form, the pastoral elegy.

Almost two centuries later, the great Roman poet Virgil (70-19 B.C.) freed the genre from its literal underpinnings to give it a certain philosophical bent. His pastoral poetry was more than just an elegant commentary on the countryside; fundamental to its purpose was the exploration of our relationship with nature. “Let me love the rivers and the woods,” Virgil declares in “The Georgics,” before going on to ponder whether he should spend his life contemplating rural delights.

Subsequent poets imitated Virgil’s idealized portrait of nature as a place of refuge or solace. The pastoral poetry of the Renaissance poets often expressed a longing to return to Arcadia. The Chinese tradition of pastoral poetry also celebrated the virtues of simple living—although few took it as far as Tao Qian (365-427), who lived in a hut and grew chrysanthemums while writing poetry in praise of his rural life.

In the West, the pastoral poem was often based on an imagined existence, rather than one spent among actual rustics. Nor were many poets particularly interested in the lives of country folk, except as foils for social critiques or religious allegories. Edmund Spenser’s 1579 pastoral ode to the seasons, “The Shepherd’s Calendar,” seems little more than a pleasant emulation of Virgil until its myriad contemporary allusions—to Elizabeth I and church politics—are made clear.

As the Industrial Revolution took hold, the philosophical question of humanity’s relationship with nature acquired a new urgency. Just as Tao Qian had done in the previous millennium, poets began to ask whether true spiritual enlightenment could ever be found outside of nature.

As one of the leaders of English romanticism, William Wordsworth (1770-1850) had a commitment to the pastoral ideal that ultimately made him turn his back on urban life in favor of England’s Lake District. There, as described in his 1807 poem “The Daffodils,” he wandered “lonely as a cloud” across the Dales, being moved to bliss by such majestic sights as a “host of golden daffodils.”

But Wordsworth’s efforts paled compared withHenry David Thoreau’s single-minded search for meaning and enlightenment. Thoreau spent 26 months in 1845 living in his wooden cabin by Walden Pond in Concord, Mass. “The mass of men lead lives of quiet desperation,” he wrote. His prescription for warding off urban alienation went further than Wordsworth’s idea of lying on a couch “in vacant or in pensive mood” until the right memory returned. Thoreau’s answer was to live at one with nature, without the accouterments of civilization to hinder his appreciation.

Thoreau profoundly influenced the next generation of poets, particularly W.B. Yeats(1865-1939). Describing his early career, Yeats wrote, “I had still the ambition, formed in Sligo in my teens, of living in imitation of Thoreau.” Homesick for Ireland, he wrote “The Lake Isle of Innisfree,” imagining he would “a small cabin build there, of clay and wattles made…and live alone in the bee-loud glade.”

High rental prices and urban sprawl make a sense of tranquility amid untrammeled nature much harder to achieve today. But it is not impossible if people will put away their cameras and cellphones and, like Yeats, allow each moment to penetrate “the deep heart’s core.

Next ArticleThe Sunday Times: The friction making Baltimore burn is not race but class