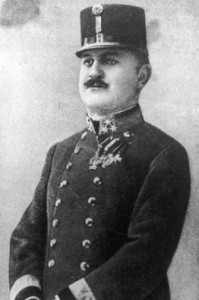 Perhaps buoyed by their earlier success against the Austrians, the Russians would later turn their attention to Great Britain. In the 1930s, they recruited five Cambridge undergraduates.

Each of the five rose to become pillars of the establishment, enjoying top-level influence with the cabinet, MI6, the BBC, the Foreign Office and the queen. All five had blood on their hands from the operations they ruined and agents they exposed, but the worst was Harold “Kim” Philby, whose work in counterintelligence for MI6 allowed him unprecedented opportunities for sabotage.

In 1949, Philby was sent to Washington to liaise with his Central Intelligence Agency counterpart, James Jesus Angleton. A number of CIA officials expressed their suspicions about Philby during the three years he was in America, but Angleton defended him long after suspicion had landed on Philby.

Philby’s betrayal profoundly affected Angleton, who spent the next 10 years at the CIA obsessively searching for moles. By the time he was forced to resign in 1974, Angleton’s untrammeled paranoia had led to a backlash within the organization. Counterintelligence work was deemed unproductive and old-school.

Ironically, the backlash against Angleton’s work made it possible for Aldrich Ames, the worst double-agent in the CIA’s history, to begin selling secrets to the Russians in 1985 without attracting suspicion. Mr. Ames continued for eight years, sending at least 10 agents to their deaths. It took the combined efforts of the CIA and the Federal Bureau of Investigation to bring him down in 1993.

Unfortunately, the efforts to unmask Mr. Ames deflected attention away from a second betrayer within the intelligence service. FBI agent Robert Hanssen was able to wreck U.S. counterintelligence from the inside out until 2001.

In his “Divine Comedy,” Dante Alighieri reserved the ninth circle of hell for those who commit treason and betrayal. There, confined to hell’s innermost ring, are (in Dante’s opinion) the three most nefarious betrayers in history. Each is condemned to spend eternity trapped inside one of Satan’s three jaws: Brutus and Cassius, who betrayedJulius Caesar; and Judas Iscariot, who betrayed Jesus. Eight hundred years later, the poet would find that circle a little more populated.

Next ArticleWSJ Historically Speaking: Anthems Sung in a Patriotic Key