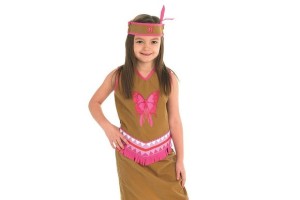 Any minute now somebody is going to start a petition on Twitter to rename Halloween “Cultural Appropriation Day”. Who knows? They probably already have. There’s no point in having a controversy these days without a petition, calls for punitive measures and a really vicious media takedown of the villain of the day (real or imagined).

I can think of lots of reasons for banning Halloween. Here are three: 1) it’s consumerism gone mad, and a fake “holiday” to boot; 2) encouraging children to eat bucketloads of sweets is crazy when there’s an obesity epidemic; 3) none of all that plastic tat is recyclable.

But no; according to the appropriation police, Halloween’s real crime is that it’s racist. When a non-Asian dresses up in a Japanese geisha costume, for example, the wearer is committing an act either of theft or of exploitation.

Is there any merit at all to such a claim? Is Halloween just an excuse for white Americans to dress up in racially offensive costumes because they’re either too stupid or too evil to hide their contempt for any culture other than their own? Well, judging by some of the offerings that I found on Amazon last week, you do have to wonder what goes on in some people’s heads.

OK, so the website didn’t have any Ku Klux Klan or Auschwitz outfits for sale. But who can blame Rastafarians, Hasidic Jews or Native Americans for protesting when they see themselves caricatured in an ill-fitting mess of nylon and plastic? “Hey,” they have every right to say, “that’s my culture you’re wearing as a wig.”

For what it’s worth, I would urge anyone thinking of going to a party as a sexy-Eskimo-slave-nurse-princess just to reflect for a second on how it might appear to others. Remember when Prince Harry dressed up in a Nazi uniform?

But this is America, where any controversy to do with race, class and gender is a toxic Chernobyl only minutes from meltdown. There is oh so much more to the cultural appropriation row than a debate over who’s allowed to be Pocahontas for a night.

It’s difficult for Europeans to reconcile the fact that the US is both the most racially and culturally diverse country in the world and also the most hypersensitive and balkanised.

Two hundred and thirty-two years after winning independence, Americans are still trying to figure out what kind of country they created. On the one hand it is living proof that immigration is a strength, not a weakness. On the other, the Obama presidency has been marred by an increase in police violence, riots and racial tension.

“Cultural appropriation” is part of that internal contradiction. The term means different things to different constituencies. But in general, it’s a way of seeing the world through the lens of identity politics. It reduces the sum of human experience to a set of unequal power relations between the oppressor and the oppressed.

In other words, it’s acceptable for the singer Nicki Minaj to wear a blonde wig because her identity as a black woman in a white majority society deprives her of meaningful power. But when Miley Cyrus wears dreadlock extensions she’s guilty of abusing her white privilege to steal from black culture.

It won’t be a surprise to learn that the biggest proponents of cultural appropriation are in the universities. If there’s one thing that typifies American students these days, it’s their hair trigger ability to be traumatised, offended and outraged.

This year alone, we’ve had the bizarre case of Rachel Dolezal, a white woman who transformed herself into a black activist; Michael Derrick Hudson, a white poet who found national success when he adopted a Chinese pseudonym; and just last month, Susan Taffe Reed, an expert in Native American music, who hit the national headlines when she accepted the post of director of Dartmouth College’s Native American programme.

It turned out that Taffe Reed’s tribal affiliation, the Eastern Delaware Nations, was started as a non-profit group by her Irish grandfather in 1984 and has no standing among any Native American organisations.

Meanwhile, the list of alleged cultural appropriations has grown so long that the country is running out of victims. The latest controversies include the use of bindis — the coloured dot applied by some Hindus to their foreheads — by hipsters and the Coachella crowd, an opinion piece in Time magazine that began, “Dear White Gays: stop stealing Black Female Culture”, and a debate started by a Nigerian journalist over whether black Americans have the right to wear African tribal clothing.

As for fusion food, is it disrespectful to Indian culture to make tandoori ribs, or Jewish culture to serve bacon-wrapped matzo balls? Or does it depend on the ethnicity of the chef and the people eating the food?

It’s all getting out of control. We’re turning into a nation of witchfinders and finger-pointers. The new identity police aren’t Marxists in the sense of wanting to smash down the old and bring about a new world order, and they certainly aren’t liberals. They’re straight down the line reactionaries. They want to impose the dead weight of ideological conformity on the mysterious, inchoate, ever renewing thing we call culture. The problem is they’re winning.