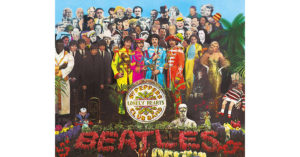 When the Beatles’ “Sgt. Pepper’s Lonely Hearts Club Band” turned 50 on June 1, many critics and music lovers praised it as a work that both helped to create the modern concept album and became the anthem for the Summer of Love generation. From the innovative cover design to the musical mashups that included a 40-piece orchestra and a “kazoo” made of toilet paper and a comb, “Sgt. Pepper” seemed to be all about change and freedom.

Yet I would argue the reverse: that the album has held up for half a century because it’s so traditional.

After all, what is a concept album but a late 20th-century version of the song cycle? Both are commonly defined as a collection of related songs that narrate an idea, theme or story. But the song cycle, which had a 19th-century overhaul by Beethoven, goes back thousands of years.

The earliest known song cycle may be a collection of 42 sung Sumerian Temple Hymns, written around 2200-2300 B.C. by the Sumerian high priestess Enheduanna. (She may also be the first known author in history.)

Over the next two millennia the genre expanded far beyond the confines of temples to become the popular folk music of its day. Around the eighth century B.C., Homer’s “Iliad” and “Odyssey” featured in part-spoken, part-sung performances aimed at a general audience. Indeed, many of the world’s most famous epic poems, such as the great Hindu work “Mahabharata,” a mythological and religious poem appearing in its present form around A.D. 400, and the Anglo-Saxon heroic chronicle of “Beowulf,” composed around 700-750, started as either wholly or partly musical “saga-cycles.”

Then, for centuries, the song-cycle form languished while composers developed sophisticated individual songs and operas. Beethoven revived it, expanding the form to include a wider exploration of emotions and ideas. In 1816, a set of love poems by a young poet named Alois Isidor Jeitteles inspired Beethoven to compose “An die Ferne Geliebte” (“To the Distant Beloved”), six musically interconnected songs that evoke the pain of separation.

Beethoven didn’t compose any more song cycles, but the radicalism of his attempt made its mark on music.

The genre developed further with Franz Schubert. His somber 24-song cycle “Winterreise” (“Winter Journey,” 1827) made the piano an equal partner for the first time, as it took up the task of evoking much of the natural landscape described in the text. Robert Schumann’s 1840 “Dichterliebe” (“The Poet’s Love”), using careful key changes and more repeated musical material, introduced the central tenet behind the song cycle and the concept album: The whole work must cohere thematically and artistically.

That rule guided the 20th-century transition of the song cycle to the concept album. But “Pepper” wasn’t the first: In America, folk singer Woody Guthrie used his Depression experiences in the 1940 “Dust Bowl Ballads”—with such songs as “I Ain’t Got No Home in This World Anymore”—while Brian Wilson piloted the Beach Boys to “Pet Sounds” (1966), in which many critics saw the rise and fall of a love affair.

Fifty years after “Sgt. Pepper,” the internet has changed the music industry beyond all recognition. But, as the success of Beyoncé’s 2016 concept album “Lemonade” demonstrates, the oldest of our musical forms is still the future.

Next ArticleWSJ Historically Speaking: The Perils of Cultural Purity