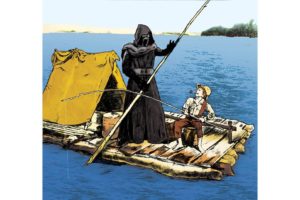 But sequels aren’t simply about chasing the money. They have a distinguished pedigree, as old as storytelling itself. Homer gets credit for popularizing the trend in the eighth century B.C., when he followed up “The Iliad” with “The Odyssey,” in which one of the relatively minor characters in the original story triumphs over sexy immortals, scary monsters and evil suitors of his faithful wife. Presumably with an eye to drawing in fans of the “Iliad,” Homer was sure to throw in a flashback about the Trojan horse. END_OF_DOCUMENT_TOKEN_TO_BE_REPLACED