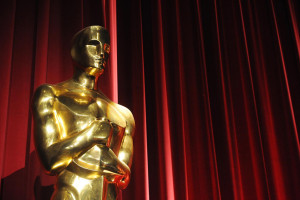 The goat, the emblem of Dionysus, had limited financial value but profound symbolic meaning. The word “tragedy” comes from the Greek tragoidia, which literally means “goat song.”

Since the judging was held in Athens, the mother of democracy, it was open to all male citizens. The 10-man jury was selected by lottery; to stymie potential corruption, each juror wrote down his three favorite plays on a tablet. On the last day of the festival, five of the tablets were chosen at random. The method seems to have worked well enough: The playwrights who won most often wereAeschylus, Sophocles and Euripides.

The golden age of classical drama ended in the second century B.C., when the Athenians stopped commissioning new plays in favor of revivals. An art that lives only in the past has no future, and it took a thousand years before live drama again became part of the West’s cultural fabric, with the emergence of the Christian mystery play.

It would take another thousand years for the Athenian example of competitions and prizes to return in its modern form. In January 1927, Louis B. Mayer of MGM brought together 35 of the biggest players in Hollywood to form the International Academy of Motion Pictures Arts and Sciences (the “international” part was soon dropped).

But the Academy Awards had trouble imitating the high-minded disinterestedness of their classical predecessor. In 1930, the judges apparently succumbed to Mary Pickford’s shameless campaigning for best actress. But her efforts looked tame once the studios became involved. In 1943, the jockeying was so bad that Hollywood columnist Edith Gwynn asked, “Why not give a statuette for the best ‘We want an Oscar’ publicity campaign?”

Inevitably, just as literary prizes have provoked mixed feelings among winners (in 1964, the French writer Jean-Paul Sartre declined the Nobel Prize in Literature for fear that he would be “transformed into an institution”), so too have some filmmakers questioned whether the Oscars actually harm good moviemaking.

The screenwriter Dudley Nichols, who was also a labor activist, handed back his 1935 award for “The Informer,” arguing that the academy was helping to prop up the unfair studio system. The actor George C. Scott accused the awards of gross self-promotion and refused to accept his 1970 best-actor Oscar for “Patton,” denouncing the event as “a two-hour meat parade, a public display with contrived suspense for economic reasons.” The multiple-Oscar winner Woody Allen has said, “When you see who wins those things—or who doesn’t win them—you can see how meaningless this Oscar thing is.”

Mr. Allen is right but also wrong in a broader sense. Whether it is a goat or a statuette, it isn’t the prize itself that matters but the invitation to become part of history.

Next ArticleThe Sunday Times: The right’s Mr Moderate goes down with a bad case of measles