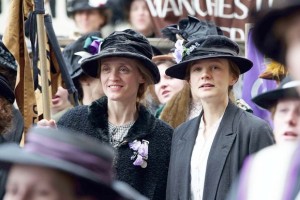 There is and always has been a vast gulf between the outcomes of the revolutions led by men and those led by women. The final episode of my series The Ascent of Woman begins with the French Revolution, not out of a respect for chronology but because it perfectly encapsulates two centuries of political betrayal. On the day we were filming at the Panthéon in Paris (where 72 men and just three women are honoured — up from one since last year), a group was staging a protest over the exclusion from the mausoleum of Olympe de Gouges. The protesters were outraged that a revolutionary hack such as Claude Louis Petiet could be interred there, but not the author of The Declaration of the Rights of Woman and the Female Citizen (1791).

De Gouges, who was executed in 1793 for being a “counter-revolutionary”, is perhaps the most visible reminder of how the French Revolution changed from being an expression of hope into an agent of oppression against women. When the revolution hung in the balance in 1789, it was the market women of Paris who — driven to desperation by the food crisis — made their famous march on Versailles on October 5 and forced the king to return to Paris to deal with the bread shortage. No longer able to hide from political events, he agreed 24 hours later to sign the Declaration of the Rights of Man and the Citizen.

Emboldened, women grew vocal in their demands for equal participation in the revolution. However, leading republicans were hostile to their inclusion. The new constitution explicitly awarded the rights of citizenship to men only, prompting de Gouges’s famous riposte: “A woman has the right to mount the scaffold. She should therefore have the same right to mount the speaker’s platform.”

From 1793 the Jacobins issued a series of edicts outlawing female clubs and banning women from congregating in groups of five or more, discussing politics, or attending political assemblies. Worse was to come: the 1804 Napoleonic Code placed women at the mercy of their fathers and husbands. The revolution and its aftermath actually resulted in a greater loss of autonomy for women, and left them worse off than they had been before 1789.

By contrast, at the start of the Russian Revolution, the Bolsheviks welcomed the participation of women. As Lenin admitted in 1918: “The experience of all liberation movements has shown that the success of a revolution depends on how much the women take part in it.”

Lenin could hardly have said otherwise when the catalyst for the revolution had been the mass outbreak of women-led strikes and demonstrations on March 8, 1917. The ensuing breakdown of imperial control led to the abdication a week later of Tsar Nicholas II. Unlike the Jacobins, the Bolsheviks did initially act on their promise to remake society along egalitarian lines. The revolutionary firebrand Alexandra Kollontai, shamefully forgotten in modern Russia, helped to draft some of the most far-reaching social reforms ever enacted. The new Family Code gave women equal legal status, as well as the right to abortion, alimony, child custody and maternity leave.

Yet almost immediately, in a dreary rerun of the French Revolution, communist leaders began to regard women’s emancipation as a threat to stability. Women’s rights were already being curtailed when, in 1929, Stalin brought an abrupt end to the project. By 1936, the new version of the Family Code, with its valorisation of motherhood and the outlawing of abortion, would not have been out of place under the old tsarist regime.

It wasn’t only Russian women who were betrayed in the Thirties. In Ireland, lawyers for Eamon de Valera drafted a new constitution that declared the “common good” of the state depended on a woman’s place in the home. In Spain, the Second Republic began a propaganda campaign with the slogan: “Men to the front, women to the home front.”

Given the repression of Iranian women after the revolution in 1979, the West was inexcusably naive about the 2011 Arab uprisings. Women were tolerated while they supported the call for change but the minute they started to demand freedom for themselves, too, the men turned on them.

The exchange of one political hierarchy for another was acceptable; the exchange of patriarchy for equality was beyond the pale. When male revolutionary leaders say they want social justice, what they really mean is social control on their own terms — a fact not lost on women.

One of the most important wake-up calls for women in 19th-century Britain was their relegation to auxiliary status by many of the reform campaigns they had helped to flourish. Their anger at being sidelined led to calls among women for a new kind of social revolution, one that sought change from within rather than destruction from without.

Although the forthcoming film Suffragette is about the militant actions of the Pankhursts and their followers, the real work of the suffrage movement was carried out during 50 years in the wilderness by women such as Millicent Fawcett and her National Union of Women’s Suffrage Societies. An indifferent public speaker but a brilliant organiser, Fawcett is a shining example of the first-wave feminists who liberated women through education — a knowledge revolution — as the first step towards winning the vote.

Unlike the political revolutions conceived by men, the women’s knowledge revolution was about political inclusion rather than inventing new forms of exclusion.

Fawcett grasped, almost better than anyone, that women would never succeed while they lived in a state of enforced ignorance. Having the same education as men, she wrote in 1918, meant that women could “no longer be treated either socially or legally as if they were helpless children”.

A similar desire to empower women — but not at men’s expense — drove the efforts of Margaret Sanger. The founder of the birth-control movement dedicated the latter part of her life to the creation of a contraceptive pill for women because she knew it would be the ultimate equaliser in relations between the sexes.

In the wake of the knowledge and sexual revolutions, another movement led by women has been taking shape over the past 40 years. It is becoming known as the participation revolution, since education and political rights are helping more women join the workforce across the world. The increased productivity — and the freedom and security — this brings is transforming the world.

But the revolution still has some way to go: 79 countries have laws restricting the kinds of jobs women can do, and 15 still allow husbands the right of veto. According to the United Nations, if all the inequalities and impediments to women’s labour were removed tomorrow it would add about $17 trillion to the global economy — the same as adding another United States to the world.