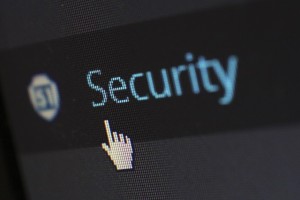 The end result is an international standards body whose members are committed to undermining everything it represents.

It’s too late to save the human rights council or any of the other well-intentioned UN bodies hijacked by the world’s dictatorships and killing regimes. It’s not about human rights or education or women’s health any more, it’s all about the proxy war between freedom and totalitarianism.

Now the question confronting the West, and specifically America, is whether it is prepared for the next big fight in this war. I shouldn’t say “next”, though, since it’s already happening.

On September 30 the US government was due to hand over the keys to the internet to the international community. The Obama administration got cold feet at the last minute and delayed the handover by 12 months. It means we have a year’s reprieve to prevent one of the worst own goals in modern history.

You probably have no idea what I’m talking about. Like me, when you visualise the internet you think of The Matrix. It doesn’t help that almost everything to do with the net is shrouded in initials and acronyms such as IETF, the Internet Engineering Task Force, and W3C, the World Wide Web Consortium. To me they sound like an international trade union conference, but to the initiated they are the groups that maintain the internet’s internal structure.

Most of us have no idea who these internet governing bodies are or what they’re meant to do. We just put our faith in them that the internet won’t break and carry on shopping.

That won’t do any more, now that the security of the most important institution of all — the Internet Corporation for Assigned Names and Numbers (Icann) — is hanging by a thread.

Back in the 1990s, when the internet came of age, the US government under Bill Clinton realised that some entity other than Washington had to manage the master database.

Somebody had to be the custodian of the system of domain names such as .com and .net, as well as the IP addresses that make up the internet. For want of a better idea it selected Icann, a California-based not-for-profit corporation, to handle the task, which it has been doing for the past 17 years.

If someone were to take control of Icann, they would essentially have control of the internet. Washington’s role is that of guarantor and bulwark against anything like that happening.

In the meantime, the corporation has protected itself by dividing the password to the master database into seven key cards that are kept in safety deposit boxes in different parts of the world. Each box can be accessed by only one person and a named alternate. For the password to be used, all seven key cards have to be in the same room at the same time. While not exactly The Matrix, there is something rather 007 about the whole setup.

I don’t want to give the impression that Icann is a well-ordered organisation that needs nothing but our love and support. It isn’t. This year, for example, it opened the way to the licensing of the domain .sucks, which has allowed people to register names such as Microsoft.sucks and TaylorSwift.sucks and charge the earth to give them up. Icann was warned that .sucks would become a massive racket but appeared powerless to intervene.

There’s no doubt that Icann is flawed and could do with an overhaul. But that’s a separate issue from handing oversight to the UN’s International Telecommunication Union (which is itching to get its hands on Icann) or some other “multi-stakeholder” body.

It’s not as if we don’t know what a lot of other countries want to do with the internet. China would be able to do openly what it has been doing secretly for years: snoop, block and steal. When its president, Xi Jinping, told Americans last month that “internet security is a priority”, he didn’t mean it needed protecting; he meant it needed securing.

Vladimir Putin already has vast amounts of internet data at his disposal. Dissidents never know how or when it will be used against them. Earlier this year Russia’s telecom censor, Roskomnadzor, demanded that a US-based server should block the website of the Maidan Monitoring Information Centre, a Ukrainian human rights group.

The server, GoDaddy (which millions of people use to host their websites, including me), meekly complied. Nothing happened until the US news site The Daily Beast took up the case and within the hour the organisation was back online. Other organisations haven’t been so lucky.

There is absolutely no way of preserving the freedom of the internet once Icann loses US protection and becomes subject to an international body. The jewel is simply too great a prize. It doesn’t matter what safeguards are drawn up — the member nations will find a way to increase their power.

Icann’s vast store of information will become vulnerable to wholesale plunder and manipulation. We will be left with an internet that’s the mouthpiece of its masters — and the scary thing is we may not even know it.