The Telegraph: Don’t sneer at historical fiction, it’s keeping the past alive 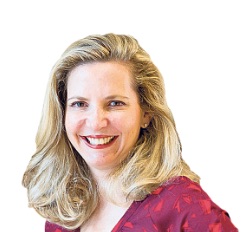 I know it’s old hat to complain that students are becoming more stupid by the hour. But can you blame me when the Cambridge historian John Guy revealed to a Hay Festival audience this week that he keeps meeting prospective students who admit to knowing nothing of Tudor politics outside of Hilary Mantel’s novels.

I mean, what idiot turns up unprepared for an Oxbridge history interview and expects to be taken seriously? When you’re applying to one of the world’s best universities, do you a) read voraciously to ensure that you outsmart the competition, or b) parade your total ignorance of even the most basic tenets of your chosen discipline?

This shouldn’t need spelling out, but here goes: if you plan on discussing a particular era, then make an effort to know it before the interview. Read the books of at least two different academics and have an opinion on whose arguments you find most persuasive.

On the other hand, don’t think that you’ll automatically win approval by being rude or dismissive about non-academic specialists, especially if her name is Hilary Mantel. She won the Man Booker prize for a reason.

It would be a shame, after all, if people used Guy’s dismay at the lazy ignoramuses sauntering through his door to start a war between history and historical fiction. As Mantel recently said herself: “The trades are different but complementary.”

There’s far too much snobbery about whether one’s history has been sullied by the use of adjectives and adverbs. If the wine is vintage, does it matter whether it came with a screw top or a cork?

The real difference between history books and historical fiction is the degree to which accuracy and analysis matters. In the former, it’s everything. In the latter, it’s merely the ballast in the ship of dramatic truth as it sails the literary sea. You can’t have 18th-century characters using 20th-century slang, and all that.

But only fools and pedants have a problem with artistic licence. In the introduction to Ivanhoe, Sir Walter Scott felt compelled to explain to his critics that, yes, he had taken some liberties with Norman history, and no, his Ivanhoe was not meant to compete with the antiquarian labours of “Dr Dryasdust”. Rather it was a mood piece that was aimed at the heart as well as the mind.

If accuracy and analysis were indeed the only criteria that mattered, we would have to dispense with a host of beloved classics, from Homer’s The Iliad to Leo Tolstoy’sWar and Peace.

Although Tolstoy’s description of the Battle of Borodino is lauded as one of the best accounts ever written, his analysis of Napoleon’s failed invasion of Russia borders on the bonkers. “It had to occur because it had to”, is one of the gems to be found in Part Nine, Chapter One. Students, do not try using the same line in your exams or in interview; it will get you “nul points”.

Rather than sneering at historical fiction, we should count ourselves lucky to be living in era when there is so much of it about. If Robert Harris’s Cicero trilogy reaches as many people today as Robert Graves’s I Claudius did several generations ago, or Pat Barker’s Regeneration, or Patrick O’Brian’s Master and Commander series, then not only is the past not dead, but history will have a future.

The Spectator: Amanda Foreman’s diary: My inspiration as a Man Booker prize judge

Next ArticleWSJ Historically Speaking: On the Trail of Art Looters