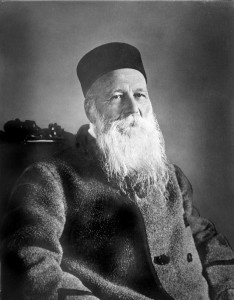 Dunant’s altruistic campaign reflected the blossoming of an idea whose time had come. The term “altruism” had been coined only a few years earlier by the French mathematician and philosopher Auguste Comte (1798-1857). Derived from the Latin term “alteri” (meaning “of one another”), Comte defined altruism as acting on behalf of others without gain to oneself.

Of course, altruistic acts occurred long before Comte came up with the term. The Golden Rule—as in, “Love your neighbor as yourself” (Leviticus 19:18)—appears in some form in every religion going back to the ancient Egyptians. But until Comte, no one had isolated this particular human quality from other concepts such as generosity, charity or kindness.

For such a benign term, altruism became a surprisingly controversial notion. Comte believed in the pseudoscience of phrenology, invented by a German doctor named Franz Joseph Gall (1758-1828). The idea behind phrenology was that the shape and surface of the skull reflected the intelligence and characteristics of the brain within. Every quality, from musical appreciation to kindness, supposedly had a fixed location that could be pinpointed on the skull.

Comte, an avowed atheist, argued that altruism was one of the innate qualities identified by phrenology. He believed that it proved that people weren’t born in a state of sin; all humans had goodness within them from birth.

Comte’s claims were the object of serious debate. Scientists asked why humans were altruistic when rest of the natural world was “red in tooth and claw,” as Tennyson famously put it. In “The Descent of Man” (1871), Charles Darwin appeared to side with Comte, arguing that benevolence and cooperation were clearly natural to many species, not just humans.

But a century later, in “The Selfish Gene,” the evolutionary biologist Richard Dawkinscountered that the reverse is true: Actions that might look altruistic in human and animals are actually designed to disseminate genetic material. Self-interest, rather altruism, lies at the molecular heart of humanity.

Innate or not, selfless or selfish: Altruism—as defined by Auguste Comte’s writings and Henri Dunant’s actions—changed the moral landscape of war in the 19th century, and it can help preserve it in the 21st.

Next ArticleThe Sunday Times: The digital robber barons are draining our cultural lifeblood