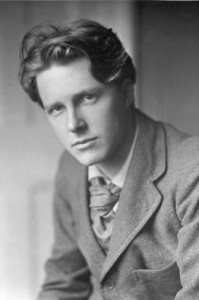 But the war poets’ greatest contribution wasn’t their rediscovery that war is truest hell but their reinvention of poetry as a democratic mode of expression. The poems of Ivor Gurney,Wilfrid Wilson Gibson, Herbert Read and others became part of the Western historical vernacular. Later, the canon was broadened to include such novels as Ernest Hemingway’s “A Farewell to Arms” and Erich Maria Remarque’s”All Quiet on the Western Front.”

But the war’s literary impact was deepest in Britain, where generations continue to find truth and inspiration in World War I poetry—from Joan Littlewood’s 1963 dark musical “Oh, What a Lovely War” to Pat Barker’s haunting novels (including “Regeneration” and the Booker Prize-winning “The Ghost Road”) in the 1990s. Indeed, there is no other war in history, with the exception of the Trojan War, whose poetry has so shaped a nation.