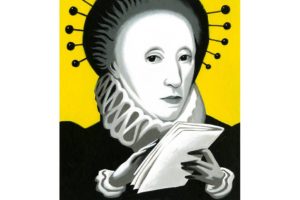 The development of the printing press around 1440 had set the stage: In the famous words of the German historian Bernd Moeller, “Without printing, no Reformation.” But the pamphlet deserves particular recognition. Unlike books, pamphlets were perfect for the mass market: easy to print and therefore cheap to buy.

By the mid-16th century, the authorities in France, Germany and England were fighting a rear-guard action to ban pamphlets. Despite various edicts in 1523, ’53, ’66 and ’89, the pamphlet flourished—and gained some highly placed authors. Although she professed disdain for the medium, Queen Elizabeth I contributed speeches to a 1586 pamphlet that justified her decision to execute Mary, Queen of Scots. Two years later, the Spanish printed a slew of propaganda pamphlets that tried to turn King Philip II’s failed invasion attempt of England into a qualified success.

By the 17th century, virulent “pamphlet wars” accompanied every major religious and political controversy in Europe. By then, pamphleteers needed an exceptionally strong voice to be heard above the din—something even harder to achieve once newspapers and periodicals joined the battle for readers as the century matured.

What is a pamphlet, anyway? One popular source says 80 pages; Unesco puts it as five to 48 pages. Shortness is a pamphlet’s strength. Though the work did little to ease Ireland’s poverty, the satirist Jonathan Swift opened English eyes to the problem with his 3,500-word mock pamphlet of 1729, “A Modest Proposal,” which argued that the best way to alleviate hunger was for the Irish to rear their children as food.

Half a century later, Thomas Paine took less than 50 pages to inspire the American Revolution with his “Common Sense” of 1776. A guillotine killed Marie Antoinette in 1793, but often-anonymous pamphlets had assassinated her character first in a campaign that portrayed her as a sex-crazed monster.

Pamphlets could also save reputations—such as that of Col. Alfred Dreyfus, the French-Jewish army officer falsely convicted in 1894 of spying for Germany. After realizing that Dreyfus was a victim of anti-Semitism, the writer Émile Zola published in 1898, first in a newspaper and then as a pamphlet, a 4,000-word open letter, “J’accuse…!” which blamed the French establishment for a vast coverup. His cry, “Truth is on the march, and nothing will stop it,” was ultimately proved right; Dreyfus won a full exoneration in 1906.

What Zola achieved for religious equality, Martin Luther King Jr. did for the civil-rights movement with his “Letter from Birmingham Jail,” written after his arrest for civil disobedience. Eventually published in many forms, including a pamphlet, the 1963 letter of about 7,000 words contains the famous line, “Injustice anywhere is a threat to justice everywhere.” The words crystallized the importance of the struggle and made tangible King’s campaign of nonviolent protest.

Not everyone has lost their belief in pamphlet power. Today, the best-selling “On Tyranny: Twenty Lessons from the Twentieth Century” clocks in at about 130 pages, but the author, Yale history professor Timothy Snyder, said he’s comfortable with calling it a long political pamphlet.

Next ArticleWSJ Historically Speaking: A History of the Unloved Electoral College