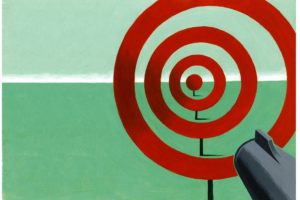 With both sides dug in for the winter, the Russians unleashed one of their deadliest weapons: trained snipers. By the end of the war, Russia had trained more than 400,000 snipers, including thousands of women. At Stalingrad, they had a devastating impact on German morale and fighting capability.

Snipers have always been feared by their enemies. Unlike conventional soldiers, they are trained not for brawn and obedience but for skill and independence. They work alone or in pairs and often get to know their targets as they stalk them. In a 2012 article for BBC Magazine, the Israeli anthropologist Neta Bar, who has studied snipers, said, “It’s killing that is very distant but also very personal. I would even say intimate.”

The first recorded use of snipers comes from the army of ancient Rome. Each legion carried into battle about 60 “scorpios”—a crude-looking crossbow, almost like a portable catapult, that could deliver a precision shot at more than 300 feet. The effect was terrifying, as the rebellious Gauls discovered in the first century B.C. when trying to defend themselves against Julius Caesar.

After the fall of Rome, Western attitudes toward the sniper turned negative. Crossbows delivered long-distance, devastating wounds to a victim who had no chance of defending himself. The aristocracy also disliked the weapon, since it gave peasants the same kill power as a knight. In 1139, the Church condemned the use of crossbows against Christian enemies, though they could still be used against infidels.

No such inhibitions existed in China, whose crossbow marksmen were probably the best snipers in the world during the Middle Ages. Crossbowmen were considered the army’s elite and trained accordingly.

Crossbows eventually returned to the field in the West, but the advent of the rifle in the 16th century made officials see the true value of snipers. In the 1770s, British soldiers in India coined the term sniper to describe someone who could hit a little bird, such as a snipe.

Unfortunately for Britain, its enemies could train shooters to achieve the same level of proficiency. During the Napoleonic Wars in 1805, a French marine sniper on board the Redoubtable shot and killed Lord Nelson, just as the British achieved their crushing victory over the French fleet.

Those who underestimated the skill, determination and luck of snipers did so at their peril. At the Battle of Spotsylvania Court House in 1864, the Union General John Sedgwick chastised his men for ducking, insisting: “They couldn’t hit an elephant at this distance.” A few minutes later a Confederate sniper shot him dead.

In our own era, the most famous sniper was Chris Kyle, who among other things saved a group of Marines in 2003 from being blown up in Iraq. Killed in Texas in 2013 by a disturbed Marine vet, Kyle became famous for his skill and heroism as the subject of the phenomenally popular 2014 film “American Sniper.”

The snipers of Stalingrad, by contrast, are mostly just names to history, if their names are known at all. The final seconds of many a Nazi soldier were shared with an enemy he neither saw nor heard. But the battle was a catastrophe for Hitler, and it helped to turn the course of the war.

Next ArticleWSJ Historically Speaking: A Brief History of Driving on the Left