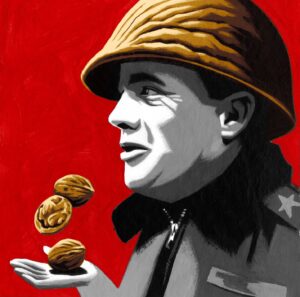 It’s not just the Nobel: Award-giving missteps have a long history 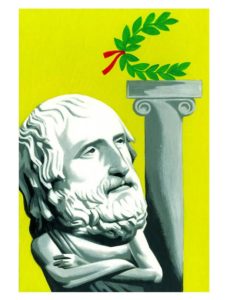 The Swedish Academy isn’t awarding the Nobel Prize for Literature this year while it deals with the fallout from a scandal over allegations of sexual assault and financial impropriety.

In the U.S., the author Junot Díaz has stepped down as Pulitzer Prize chairman while the board investigates allegations of sexual misconduct. In a statement through his literary agent earlier this month, Mr. Díaz did not address individual accusations but said in part, “I take responsibility for my past.” Finally, the organizers of the Echo, Germany’s version of the Grammys, said they would no longer bestow the awards after one of this year’s prizes went to rappers who used anti-Semitic words and images in their lyrics and videos.

Prize-giving controversies—some more serious than others—go back millennia. I know something about prizes, having served as chairwoman of the literary Man Booker Prize jury.

The ancient Greeks gave us the concept of the arts prize. To avoid jury corruption in their drama competitions, during the Festival of Dionysus, the Athenians devised a complicated system of votes and lotteries that is still not entirely understood today. Looking back now, the quality of the judging seems questionable. Euripides, the greatest tragedian of classical Greece, habitually challenged his society’s assumptions in tragedies like “Medea,” which sympathetically portrayed female desperation in a society where men ruled absolutely. In a three-way competition, “Medea,” which still holds the stage today, placed last.

Controversy surrounding a competition can be a revitalizing force—especially when the powers that be support the dissidents. By the 1860s, France’s Academy of Fine Arts, the defender of official taste, was growing increasingly out of touch with contemporary art. In 1863, the jury of the prestigious annual Salon exhibition, which the academy controlled, rejected artists such as Paul Cézanne, Camille Pissarro and Édouard Manet.

The furor caused Emperor Napoleon III to order a special exhibition called the Salon “of Rejects” to “let the public judge” who was right. The public was divided, but the artists felt emboldened, and many scholars regard 1863 as the birthdate of modern painting. The Academy ultimately relinquished its control of the Salon in 1881. Its time was over.

At other times, controversies over prizes are more flash than substance. As antigovernment student protests swept Paris and many other places in 1968, a group of filmmakers tried to show solidarity with the protesters by shutting down the venerable Cannes Film Festival. At one point, directors hung from a curtain to prevent a film from starting. The festival was canceled but returned in 1969 without the revolutionary changes some critics were hoping for.

In contrast, a recent dispute at the festival over its refusal to allow in its competition Netflix films that bypass French theaters for streaming was relatively quiet but reflects the serious power struggle between streaming services and theatrical movie distributors.

As the summer approaches and the beleaguered festivals around the world take a breather, here’s some advice from a survivor of the prize process: Use this time to reflect and revive.