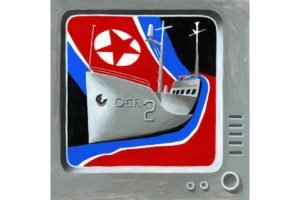 Next ArticleWSJ Historically Speaking: Life Beyond the Three-Ring Circus