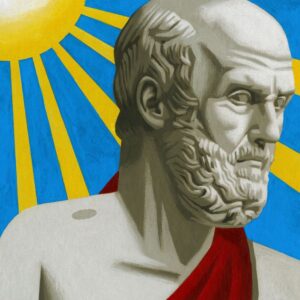 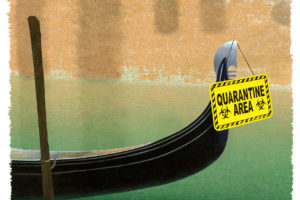 WSJ Historically Speaking: The Quest for Unconsciousness: A Brief History of Anesthesia

The ancient Greeks used alcohol and opium. Patients in the 12th century got a ‘soporific sponge.’ A look at anesthetics over the centuries 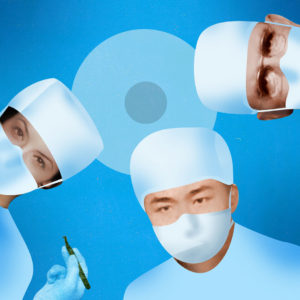 Every year, some 21 million Americans undergo a general anesthetic. During recent minor surgery, I became one of the roughly 26,000 Americans a year who experience “anesthetic awareness” during sedation: I woke up. I still can’t say what was more disturbing: being conscious or seeing the horrified faces of the doctors and nurses.

The best explanation my doctors could give was that not all brains react in the same way to a general anesthetic. Redheads, for example, seem to require higher dosages than brunettes. While not exactly reassuring, this explanation does highlight one of the many mysteries behind the science of anesthesia.

Although being asleep and being unconscious might look the same, they are very different states. Until the mid-19th century, a medically induced deep unconsciousness was beyond the reach of science. Healers had no reliable way to control, let alone eliminate, a patient’s awareness or pain during surgery, though not for lack of trying.

The ancient Greeks generally relied on alcohol, poppy opium or mandrake root to sedate patients. Evidence from the “Sushruta Samhita,” an ancient Sanskrit medical text, suggests that Indian healers used cannabis incense. The Chinese developed acupuncture at some point before 100 B.C., and in Central and South America, shamans used the spit from chewed coca leaves as a numbing balm.

Little changed over the centuries. In the 12th century, Nicholas of Salerno recorded in a treatise the recipe for a “soporific sponge” with ingredients that hadn’t advanced much beyond the medicines used by the Greeks: a mixture of opium, mulberry juice, lettuce seed, mandrake, ivy and hemlock.

Discoveries came but weren’t exploited. In 1540, the German alchemist and astrologer Paracelsus (aka Theophrastus Bombastus von Hohenheim) noted that liquid ether could induce sleep in animals. In 1772, the English chemist Joseph Priestley discovered nitrous oxide gas (laughing gas). Using it became the thing to do at parties—in 1799, the poet Coleridge described trying the gas—but no one apparently tried using ether or nitrous oxide for medicinal purposes.

In 1811, the novelist Fanny Burney had no recourse when she went under the knife for suspected breast cancer. She wrote later, “O Heaven!—I then felt the Knife rackling against the breast bone—scraping it!”

Despite the ordeal, Burney lived into her 80s, dying in 1840—just before everything changed. Ether, nitrous oxide and later chloroform soon became common in operating theaters. On Oct. 16, 1846, a young dentist from Boston named William Morton made history by performing surgery on a patient anesthetized with ether. It was such a success that, a few months later, Frances Appleton Longfellow, wife of Henry Wadsworth Longfellow, became the first American to receive anesthesia during childbirth.

But these wonder drugs were lethal if not administered properly. A German study compiled in 1934 estimated that the number of chloroform-related deaths was as high as 1 in 3,000 operations. The drive for safer drugs produced such breakthroughs as halothane in 1955, which could be inhaled by patients.

Yet for all the continuous advances in anesthesia, scientists still don’t entirely understand how it works. A study published in the December 2017 issue of Annals of Botany reveals that anesthetics can also stop motion in plants like the Venus flytrap—which, as far as we know, doesn’t have a brain. Clearly, we still have a lot to learn about consciousness in every form.