Queen Victoria is the subject of the Summer Opening at Buckingham Palace this year. Queen Elizabeth opened the glittering new exhibition this weekend and Express Online had a private preview into how to party like it’s 1856.

Queen Victoria was responsible for a “feminist transformation” of the monarchy and initiated some of its best-known traditions, according to the curator of a new exhibition at Buckingham Palace.

The story of how Victoria and Prince Albert rebuilt the palace into the most glittering court in Europe is explored through paintings, sketches and costumes, and includes a Hollywood-produced immersive experience that brings to life the balls for which she was famous. 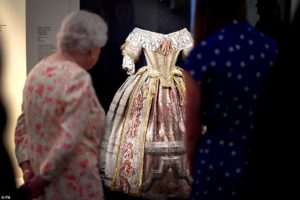 Visiting the exhibition, Victoria’s great-great granddaughter, the Queen, was “totally engrossed” as she watched virtual-reality dancers recreate a quadrille, a dance that was fashionable at 19th-century balls. “Thank God we don’t have to do that any more,” said the Queen.

Quadrilles, in which four couples dance together, may no longer be performed but many of Victoria’s innovations remain. She created the balcony, and bequeathed balcony appearances and garden parties to a nation. “It is now unimaginable you would have a national celebration without this balcony, so embedded is it in the nation’s consciousness,” said Dr Amanda Foreman, the historian and co-curator of the exhibition, Queen Victoria’s Buckingham Palace.

Queen Victoria’s maternal role is highlighted in the sketches she made of her nine children, as well as an ornate casket containing their milk teeth and marble sculptures she had made of their tiny arms and feet.

The centrepiece of the exhibition, which marks the 200th anniversary of Victoria’s birth, is a recreation of the grand ballroom which she had built. She believed the picture gallery was too small for lavish entertainment, noting in her journal how the dresses get squashed and ruined during an attempt at a quadrille. 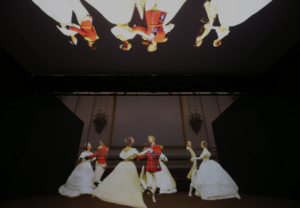 Digital technology by a Hollywood-based production company recreates the ballroom as it looked during a ball in 1856, with images of the wall furnishings and paintings, as shown in contemporary watercolours, projected on to its walls.

A quadrille is recreated through a hologram effect, using actors in replicas of the costumes featured in the watercolour. The technology was inspired by the Victorian illusionist trick known as Pepper’s Ghost, which used angled glass to reflect images on to the Victorian stage.

“Queen Victoria transformed Buckingham Palace, the fabric of this building, and in so doing created new traditions, those traditions which we now associate with the modern monarchy,” said Foreman.

“It is significant that it was a woman who was responsible for these traditions and a woman who defined our nation’s understanding and concept of sovereign power, how it’s experienced, how it’s expressed. 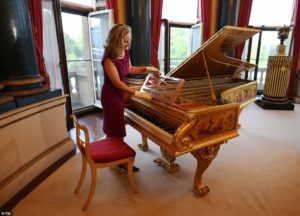 “We tend to diminish the contribution of women in particular. We assign their success to the men around them. We tend to simply forget who was responsible for certain things. So by putting on this exhibition, we are stripping away those layers of oblivion, forgetfulness, discounting, and allowing Queen Victoria the space to shine.”

Victoria turned the once-unloved palace into a home fit for state, public and private events. But for 10 years after her beloved Albert’s death, she rarely set foot in it, describing it in her journals as “one of my saddest of sad houses”. 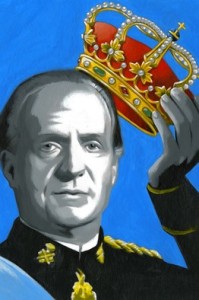