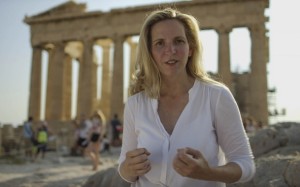 Next ArticleThe Sunday Times: Water slides and breadth of study: the gulf between US and UK universities