PORTER Magazine: The Lady of the House 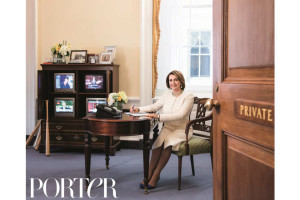 I have interviewed dozens of female politicians in my time, and the thing that stands out is how different they are from other women. In that one respect they are just like male politicians who, when you meet them, come across as a race apart from ordinary mortals. First and foremost, they are doers. There’s none of that second-guessing, procrastinating, or introspection that holds the rest of us back. Obstacles only make them try harder. To a woman (or man) they radiate a special combination of ego and energy that seems to propel them faster and higher than everyone else.

In the United States, there is no better example of this all-conquering breed than Nancy Pelosi, the Democratic Leader of the House of Representatives, the first female Speaker of the House and the highest-ranking political woman in American history. As she strides towards my table in the restaurant of the Regency Hotel in Manhattan, immaculately presented in powder blue, smile at the ready, it is like being drawn into a powerful tractor beam. When she speaks she’s so loud and full of purpose, it’s mesmerizing. Despite her slight stature, Pelosi has a diaphragm that could hit you at a thousand paces.

END_OF_DOCUMENT_TOKEN_TO_BE_REPLACED

‘Lying, grasping politicians have an easy ride. Unleash the next ‘Gotcha’’ – The Sunday Times

There are two political scandals doing the rounds in the US media. The first involves the former Speaker of the House of Representatives, Dennis Hastert, who retired in 2007. During his eight-­‐year tenure as the longest-­‐serving Republican Speaker, Hastert presented a somewhat shambolic, avuncular front that endeared him to both parties.

He wasn’t known for being especially honest or particularly careful about the moral and ethical reputation of the House. But he was thought to be a man of good character and wholesome values — and that counted for a lot.

However, last Tuesday Hastert pleaded not guilty to federal money laundering charges. It is alleged that he paid $3.5m (£2.3m) in cash to an unnamed individual in return for that person’s silence about having been sexually molested by Hastert some years ago. It turns out that the man whom everyone considered a good old-fashioned Washingtonian of the right sort may have been a paedophile who was being blackmailed by at least one of his victims.

The same day that Hastert entered his plea, an even bigger scandal was splashed across the front page of The New York Times. The newspaper revealed that the Republican presidential hopeful Senator Marco Rubio isn’t rich. In fact, a thorough investigation of his finances showed Rubio has so many debts and so few assets that he is distinctly middle class. Oh, and he’s bad at paying his parking fines.

END_OF_DOCUMENT_TOKEN_TO_BE_REPLACED 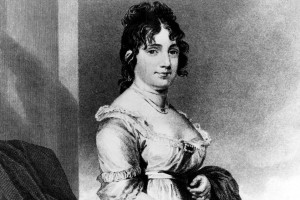 END_OF_DOCUMENT_TOKEN_TO_BE_REPLACED

The Sunday Times: In pill-popping America even shyness is a medical condition 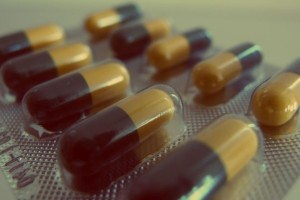 What’s the biggest difference between Americans and Britons? Is it the broad vowel sounds, the prevalence of guns, or the belief in God? No, it’s the number of healthy people who believe they have a medical issue.

Call it the medicalisation of life, or slick marketing, the fact is there is an entire industry in America dedicated to turning the human condition into a chronic disease.

The topic has resurfaced because the Supreme Court has been listening to arguments in King v Burwell — ostensibly a lawsuit about the legality of federal health insurance schemes, but in reality an attempt by rightwingers to kill the Affordable Care Act (ACA), known as Obamacare. A ruling is expected in June.

If Obamacare is struck down, one consequence will be a resurgence in health costs. The ACA is problematic, but its limits on Medicare payments and emphasis on lower-cost preventative medicine over higher-priced chronic-disease care has had a beneficial effect; last year’s rate of growth in healthcare spending was the slowest since 1960.

No sane person would argue that medical innovation is bad, or that the relief of suffering is not a worthy end. Who doesn’t hope scientists will be able to prevent Alzheimer’s or cure cancer. But along with the miracle of modern medicine something else has been happening, something so insidious and pervasive to the concept of wellbeing that it took a while before anybody noticed.